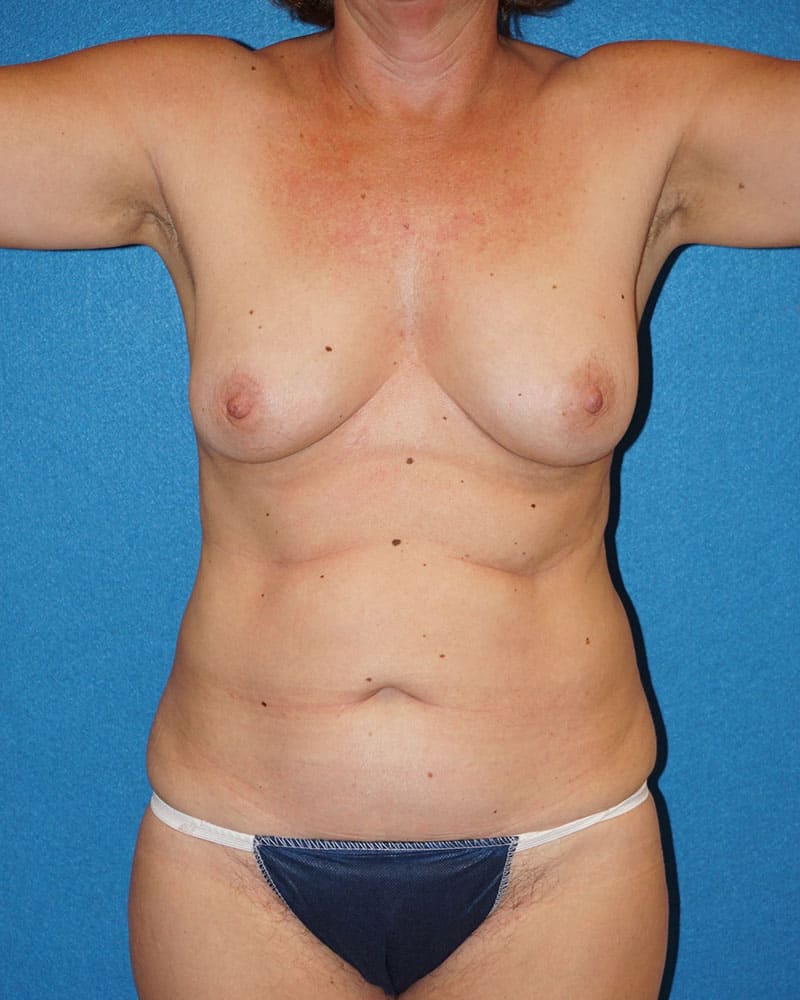 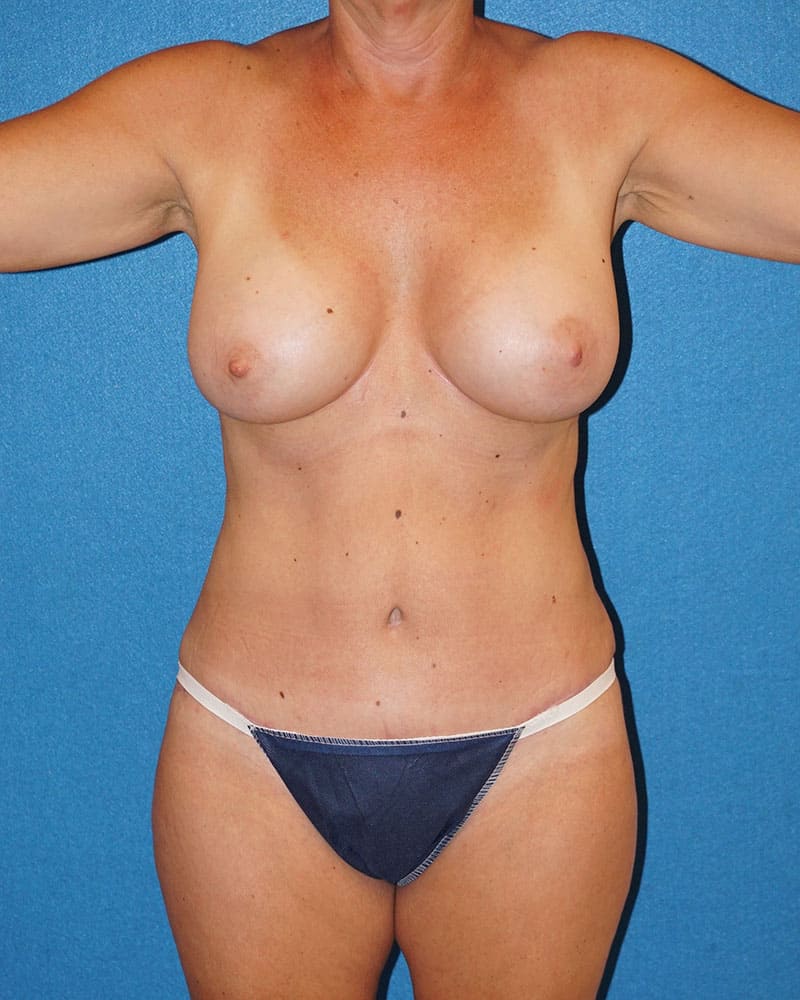 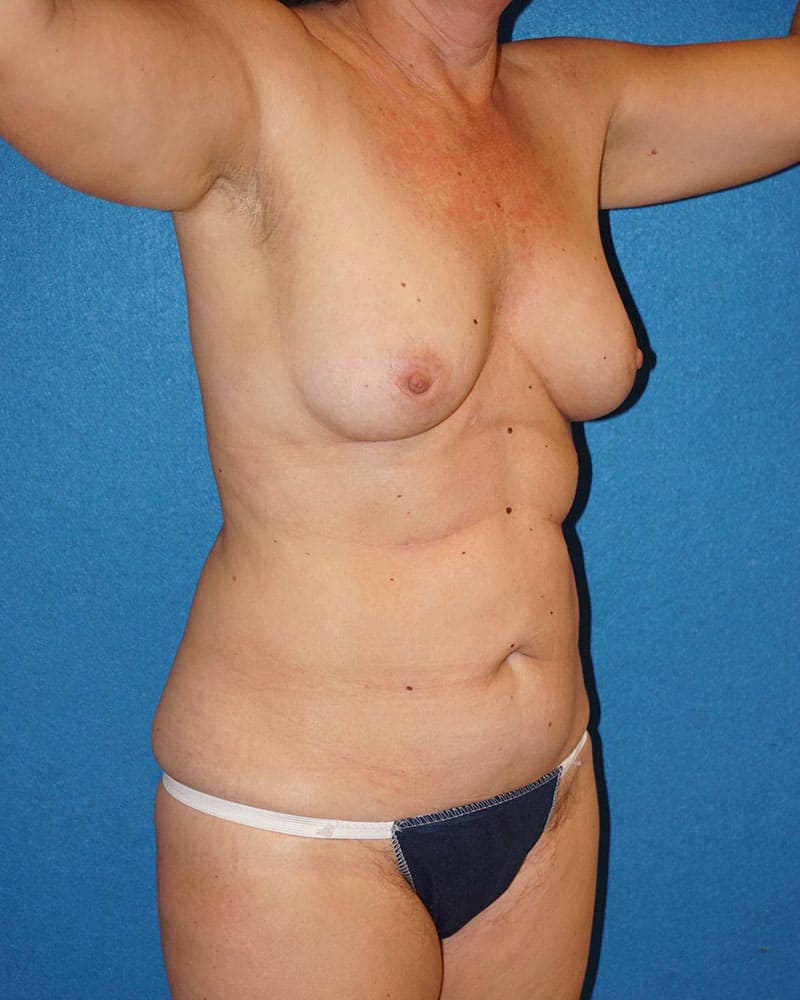 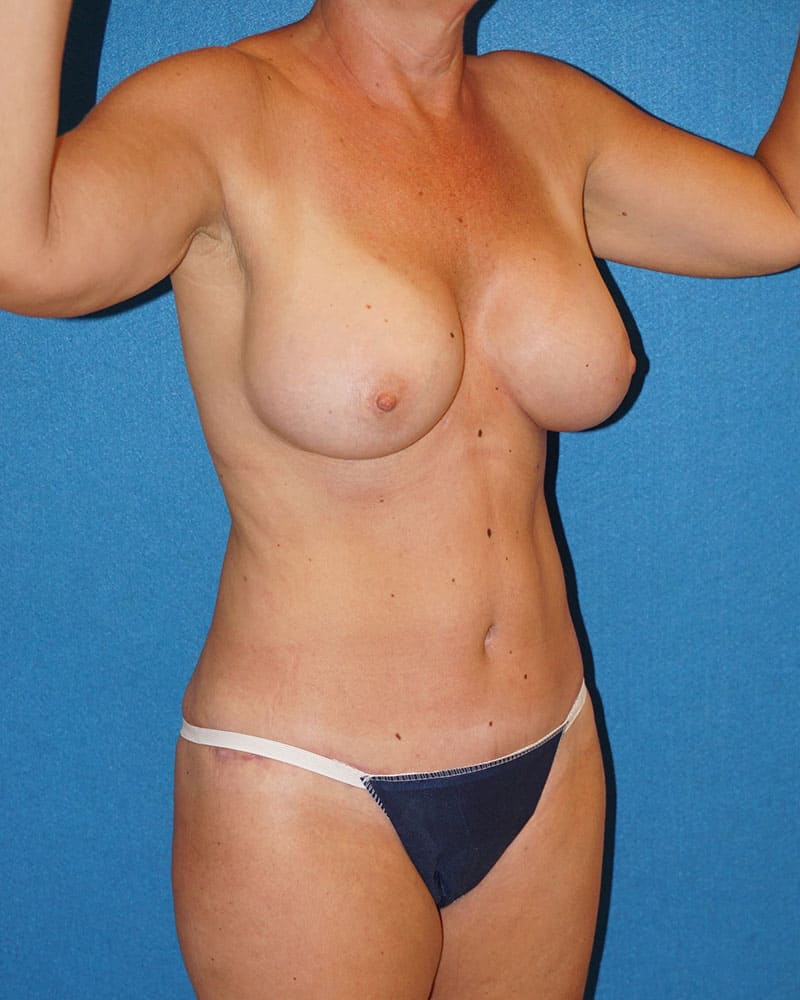 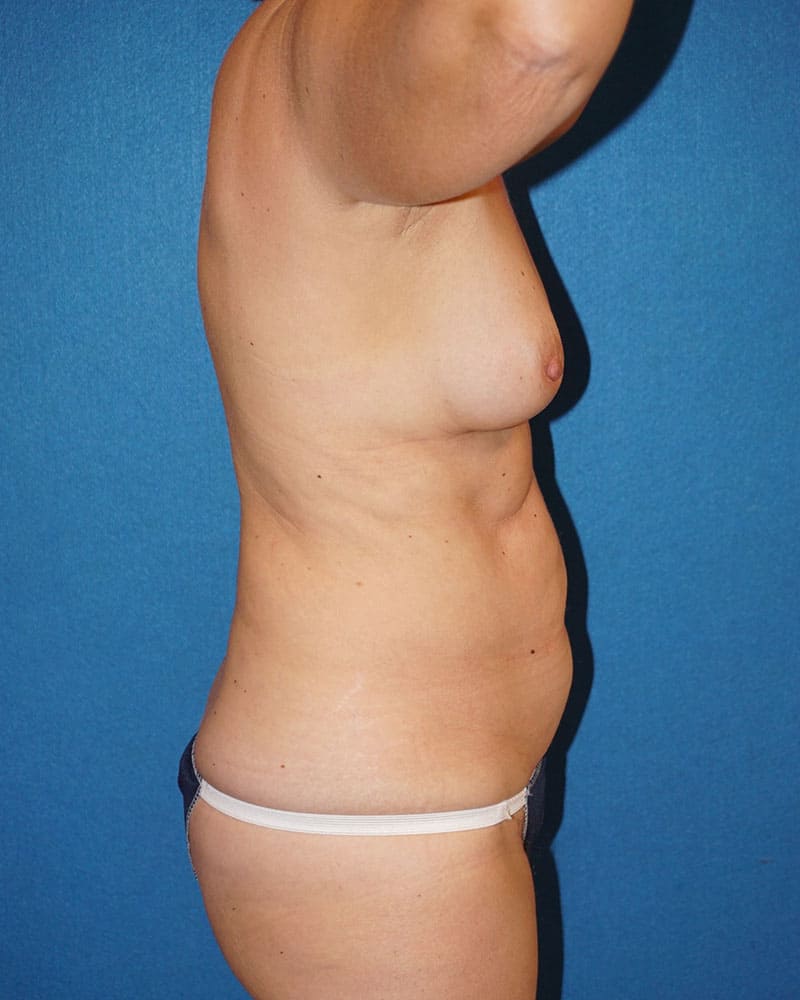 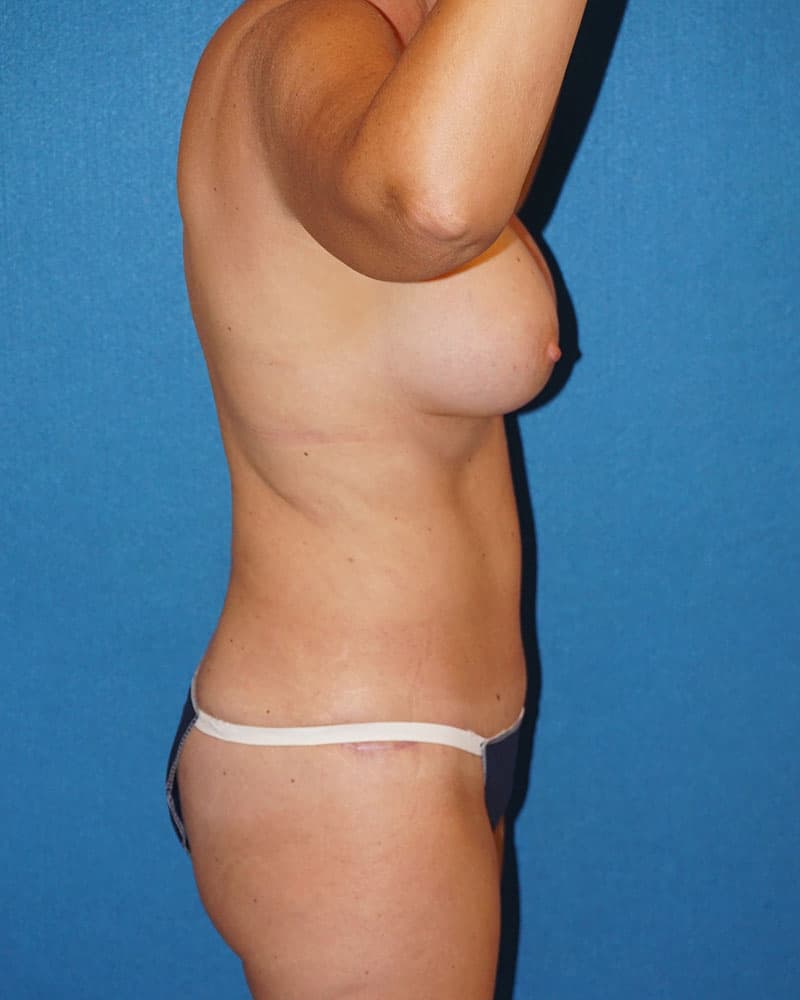 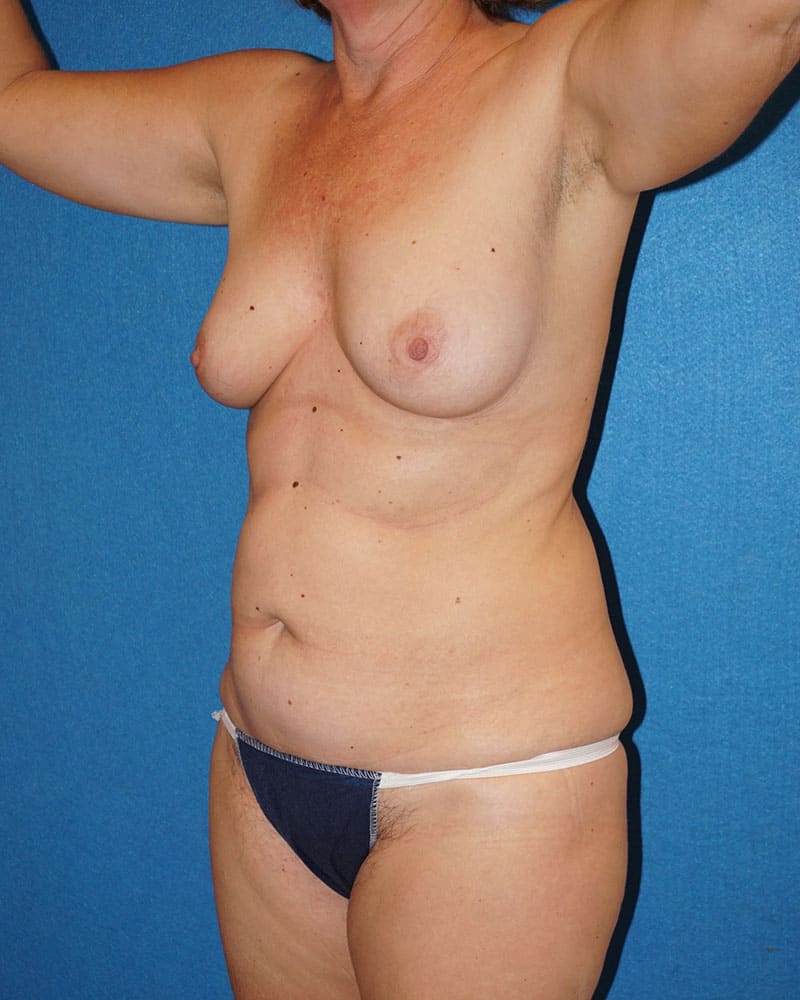 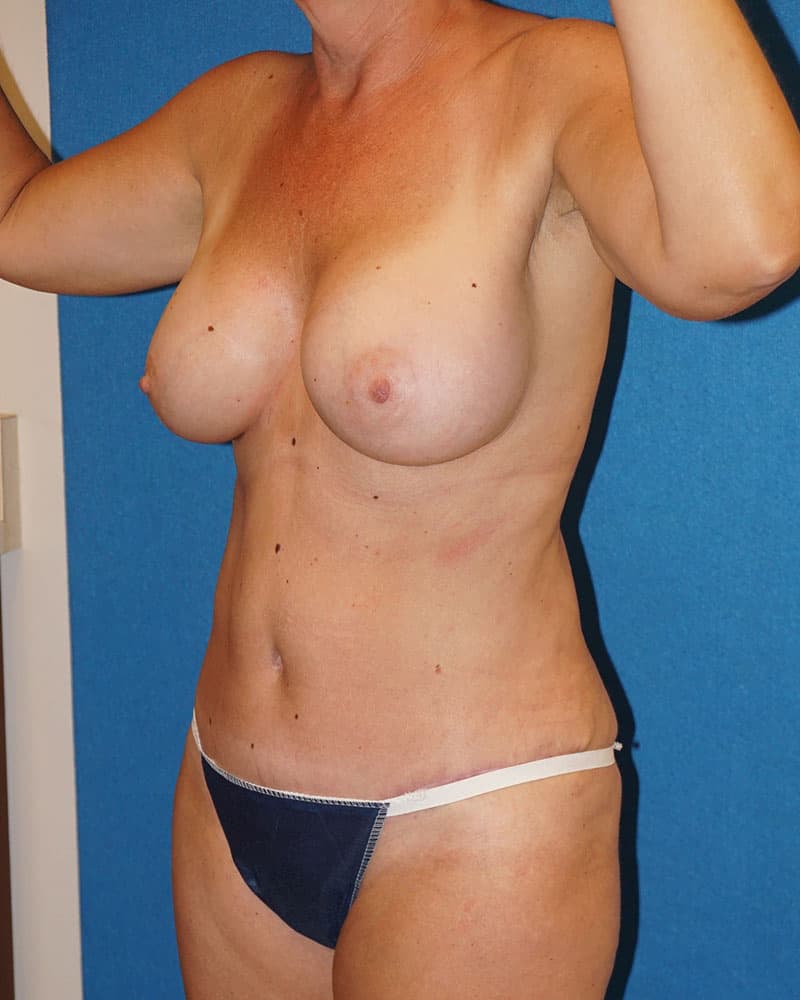 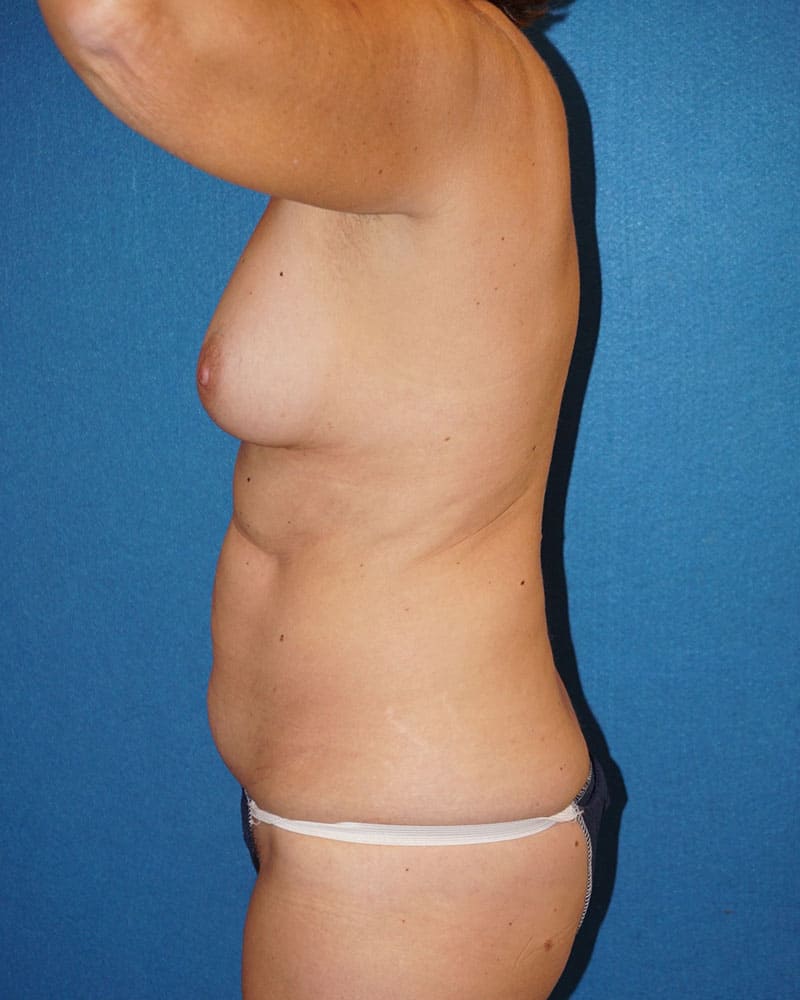 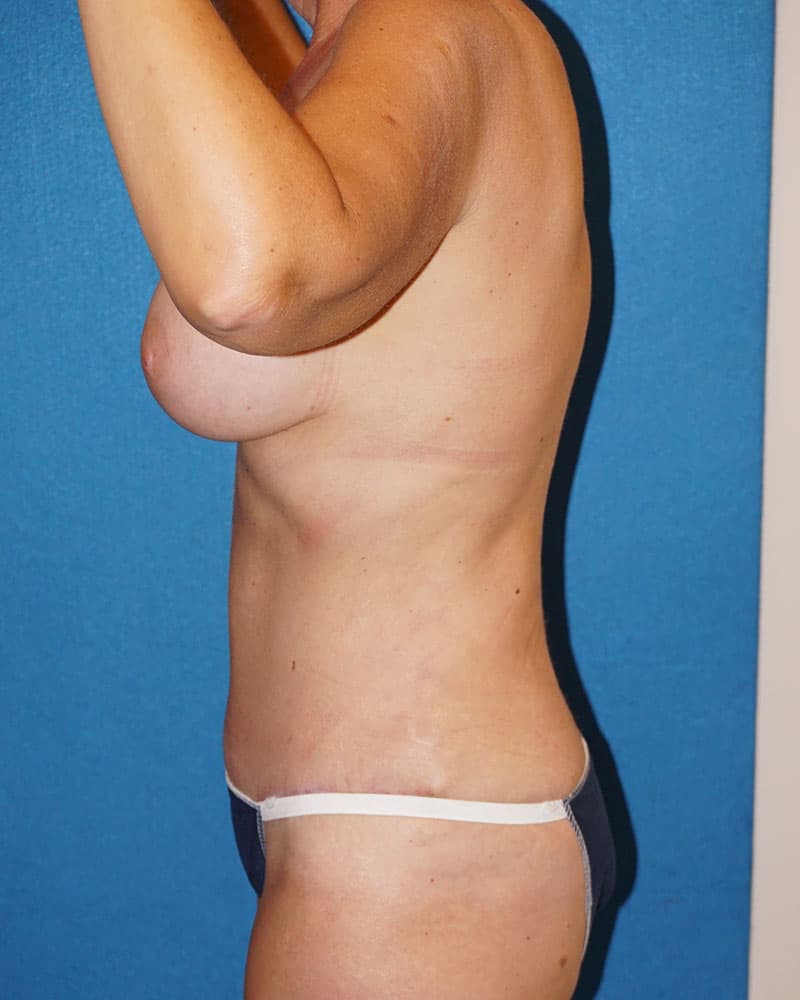 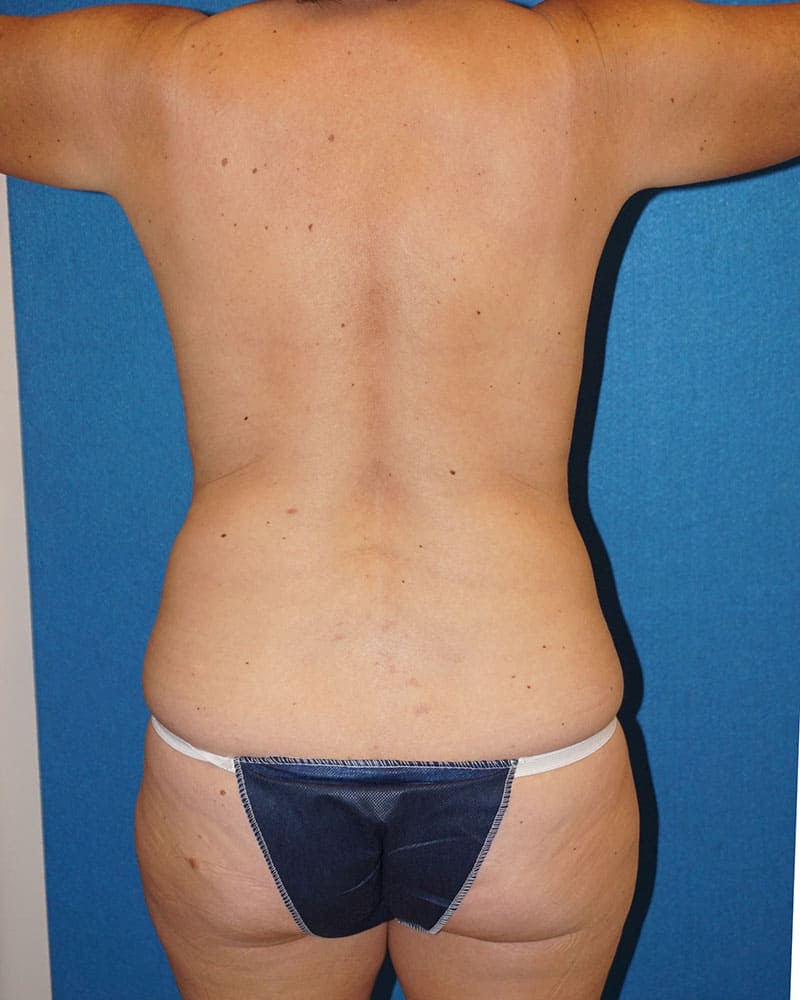 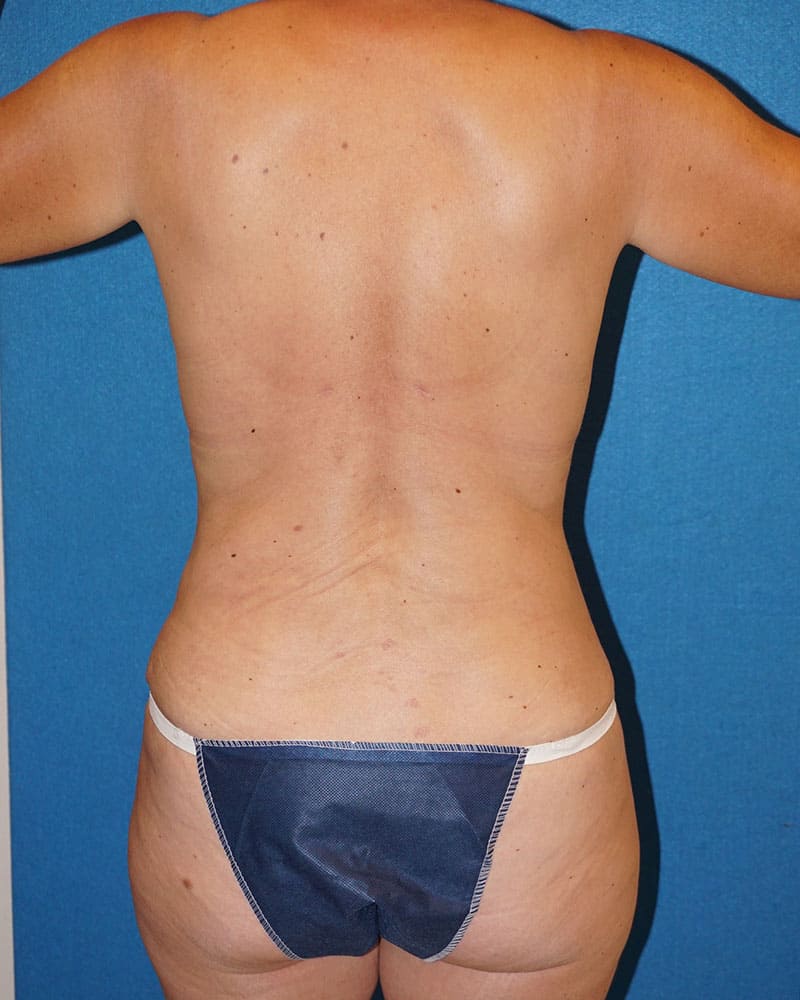 This is a 55 year old lady who is 5’2” tall and weighs 128 lbs. She presented with interest in a mommy makeover. She has had two children whom she did breastfeed both. She felt that she had lost fullness in the upper portion of her breasts and they had become increasingly droopy. She was wearing a C cup bra but wanted to be able to fill it out better. Also, due to the pregnancies she was bothered by persistent laxity in the skin of her lower abdomen and a slight degree of fatty fullness in this area as well. Therefore, she underwent a breast augmentation with Mentor moderate plus profile round silicone implants, size 325cc. The implants were placed in a subpectoral pocket via inframammary fold incisions. At the same time, she also underwent an abdominoplasty as well as liposuction of her abdomen, flanks, and back.