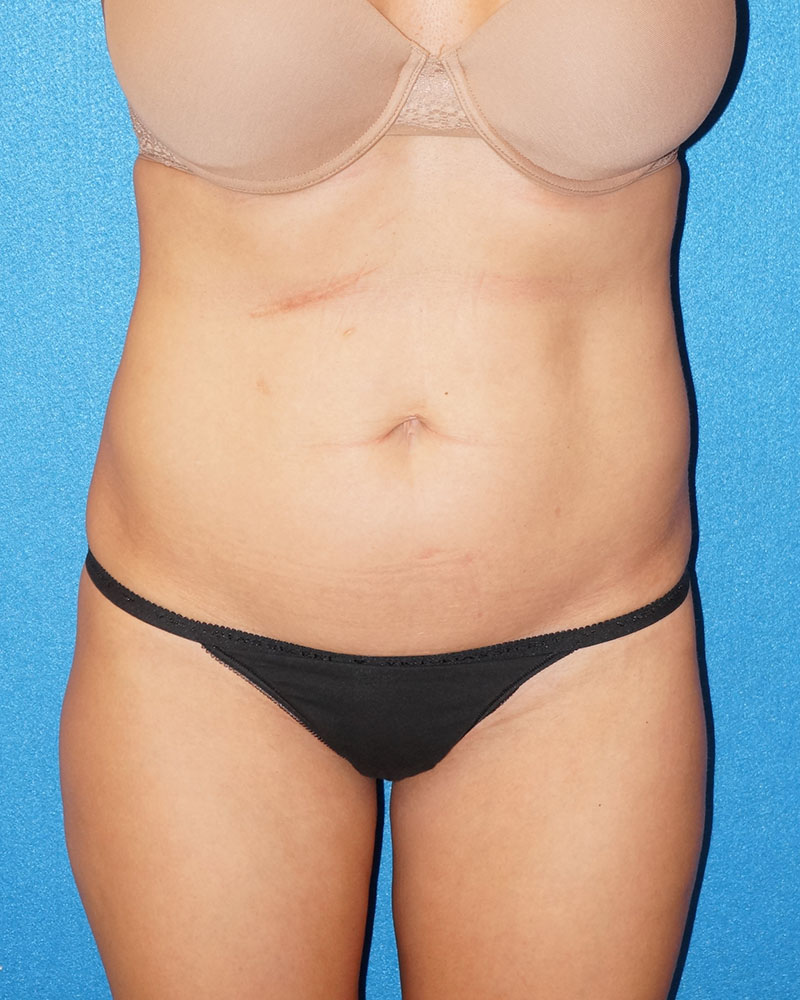 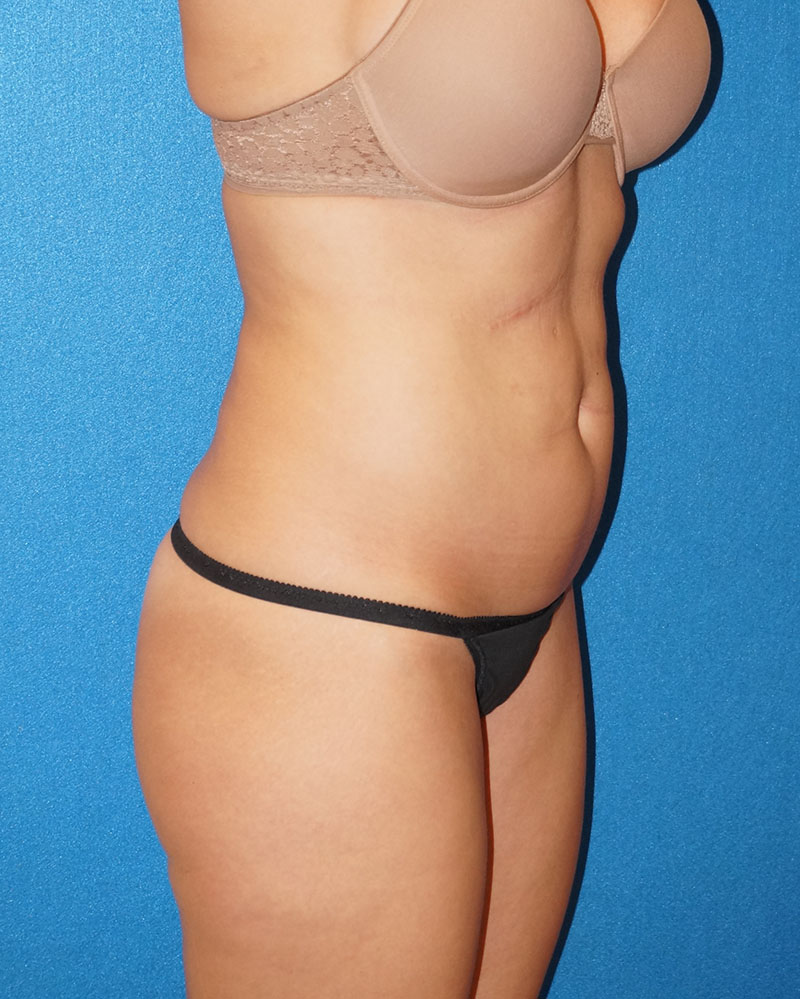 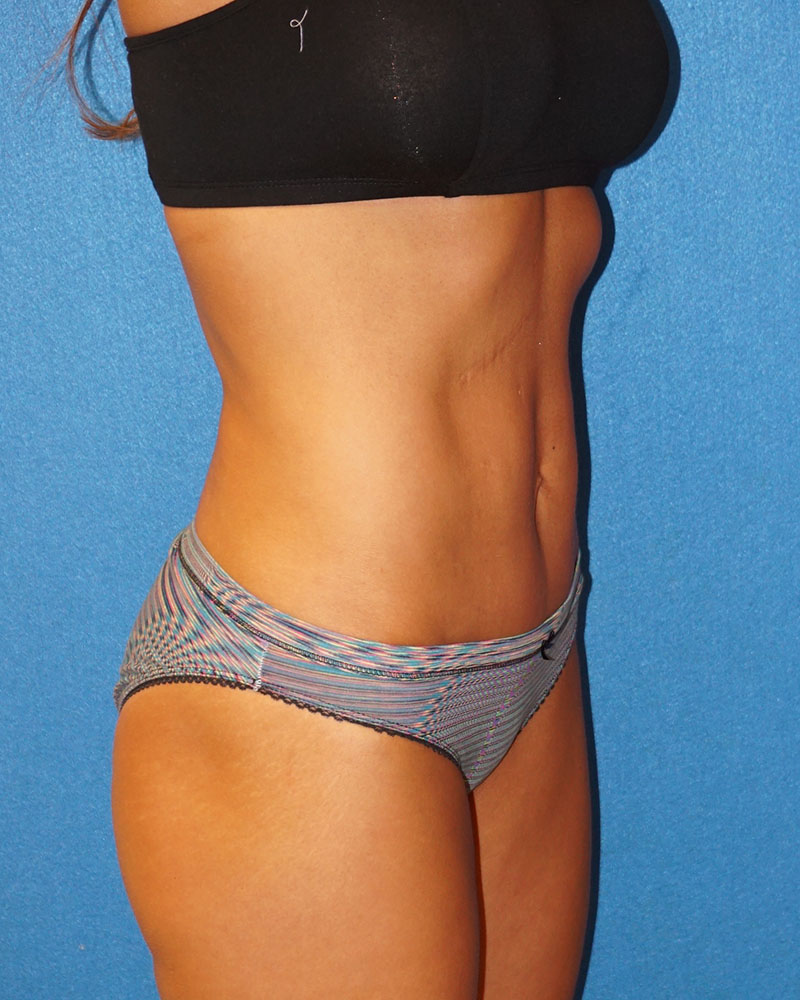 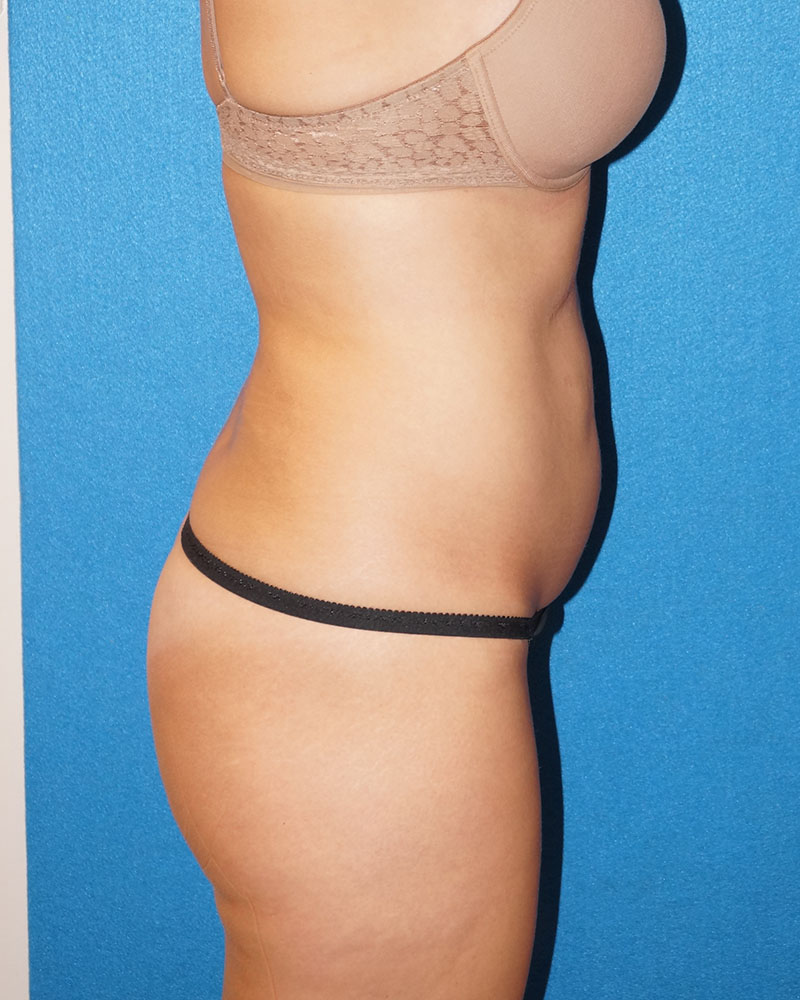 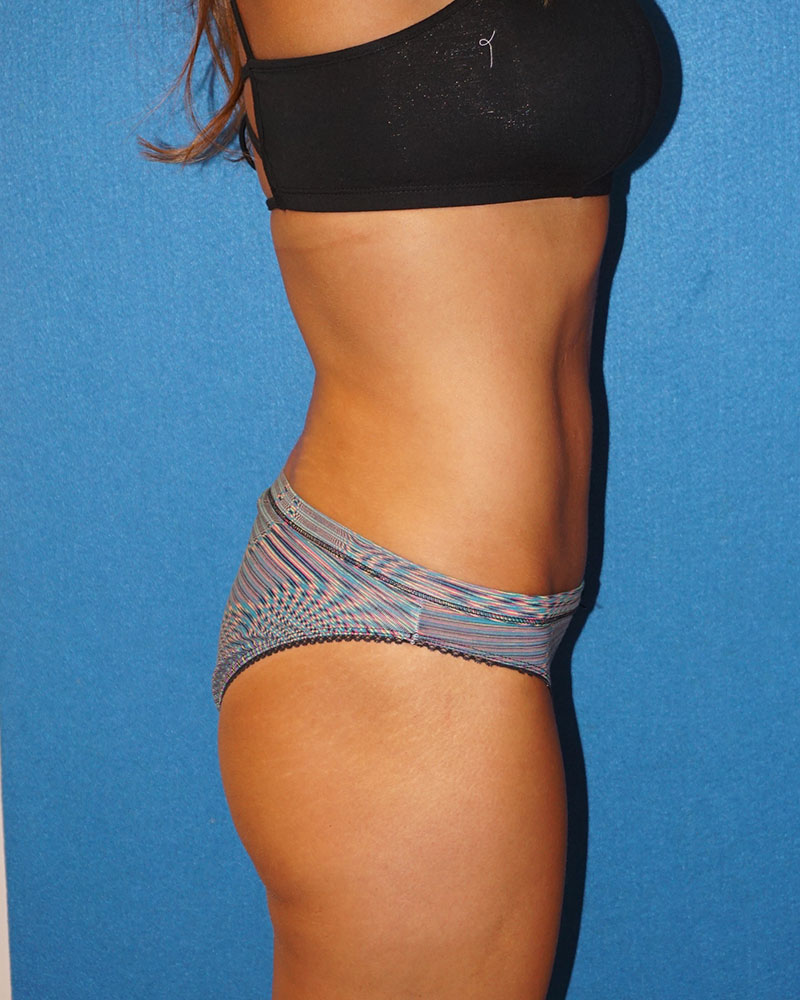 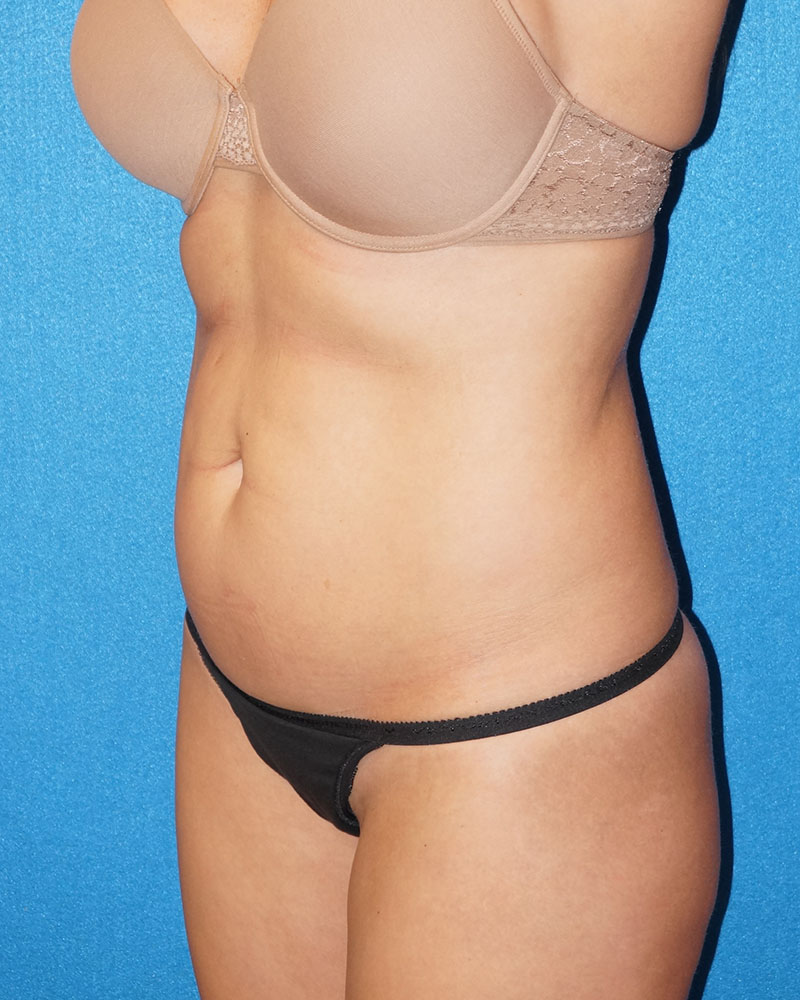 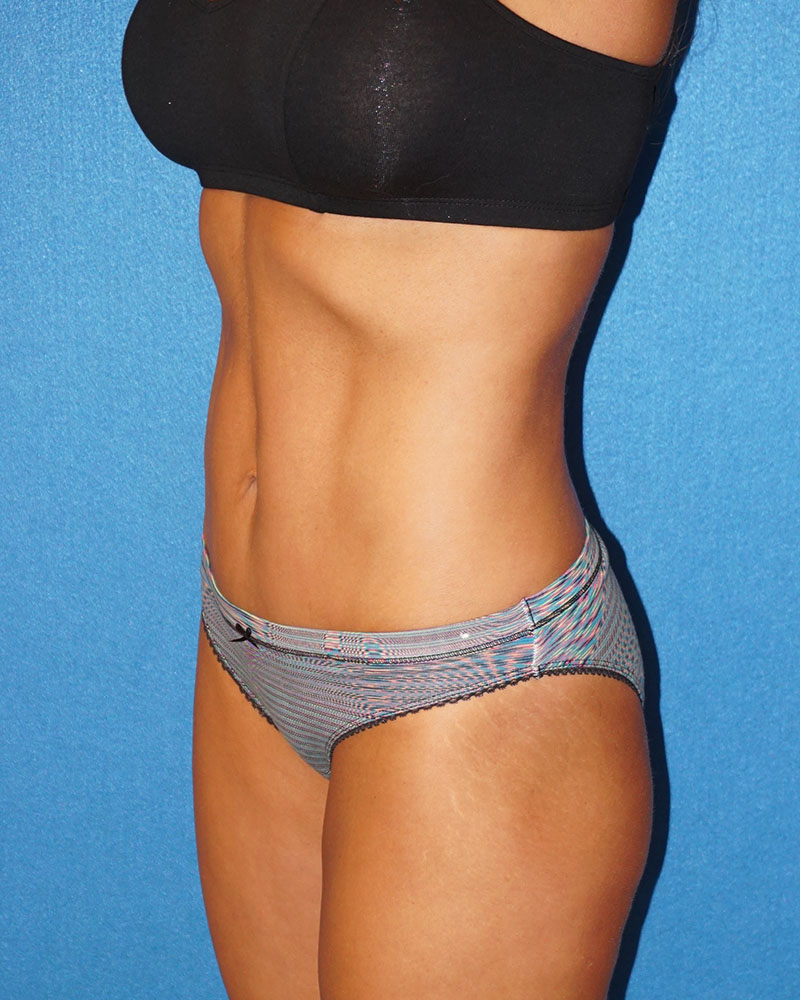 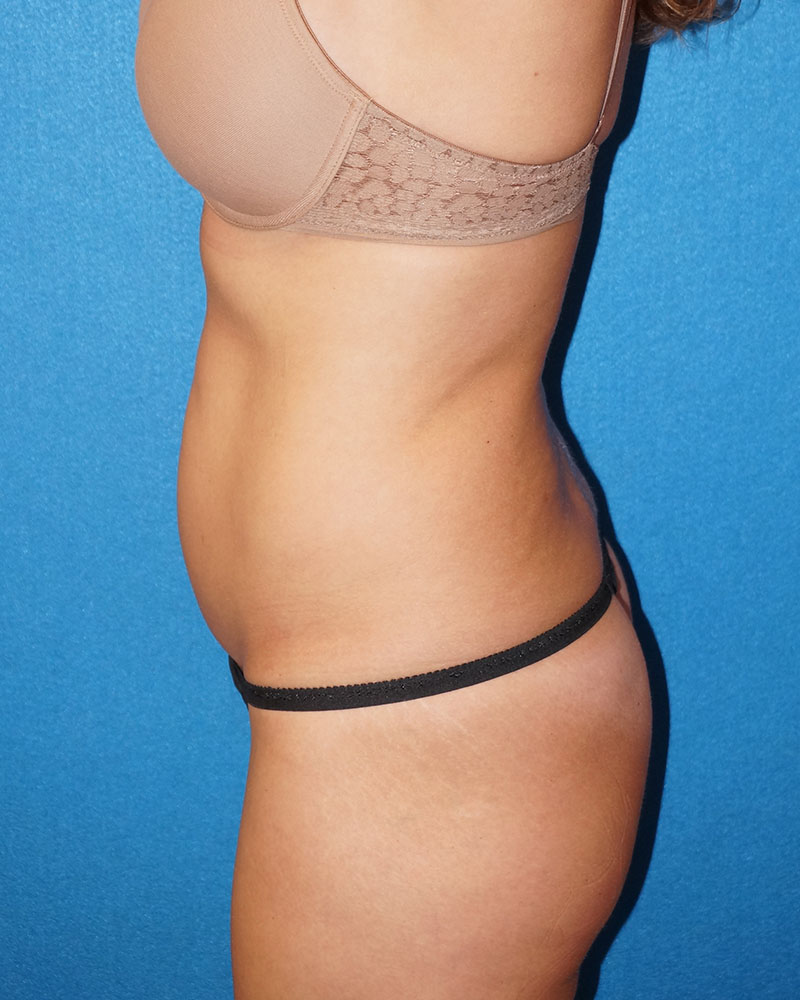 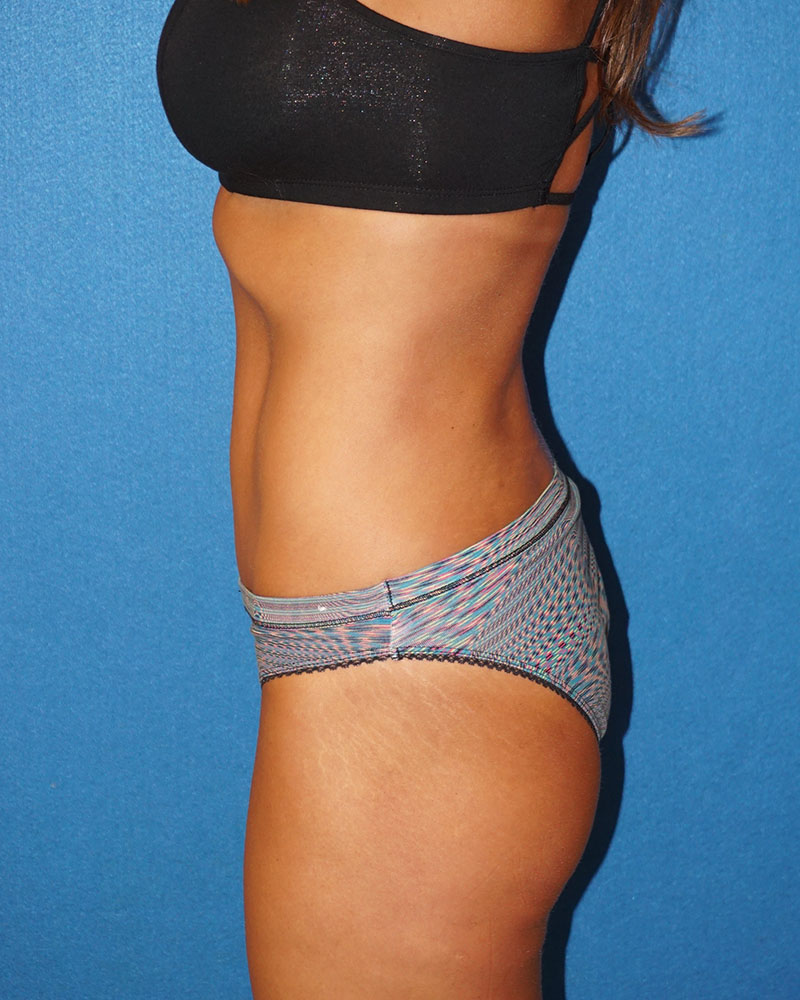 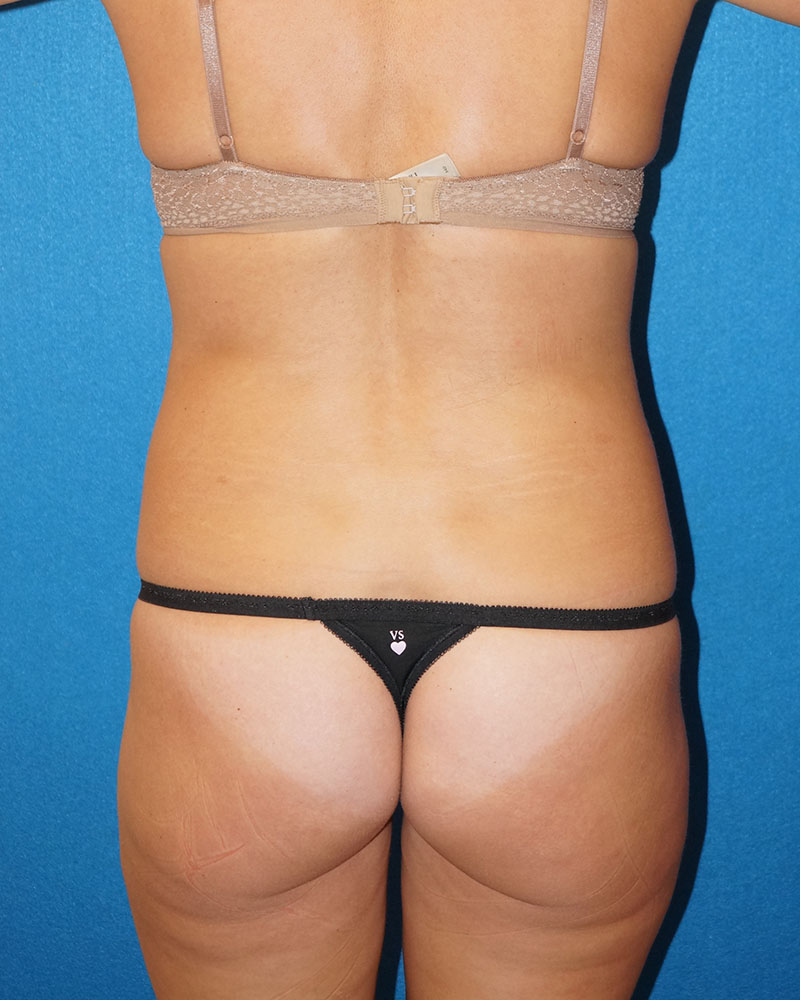 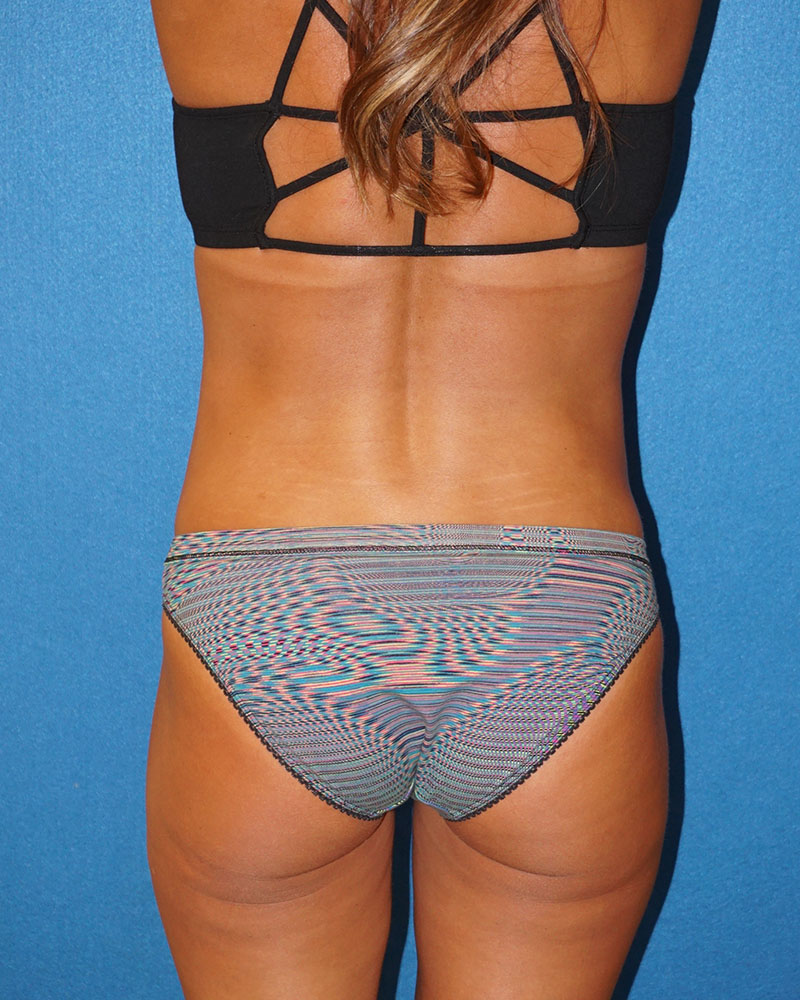 This is a 38 year-old female who is 5’5” tall and weighs 149 lbs. She has had three children. She gained approximately 65 lbs with each child and then lost it after each delivery. She was bothered mostly by weakness and laxity in her abdominal wall musculature as well as some laxity in the skin of her lower abdomen. Because of her history of a large incision to remove a large gallbladder stone during removal of her gallbladder she underwent a modified abdominoplasty as well as liposuction to the abdomen and flanks. In a modified abdominoplasty her belly button (umbilicus) was left attached to the surrounding skin. This allowed for preservation of the blood supply to the surrounding skin.