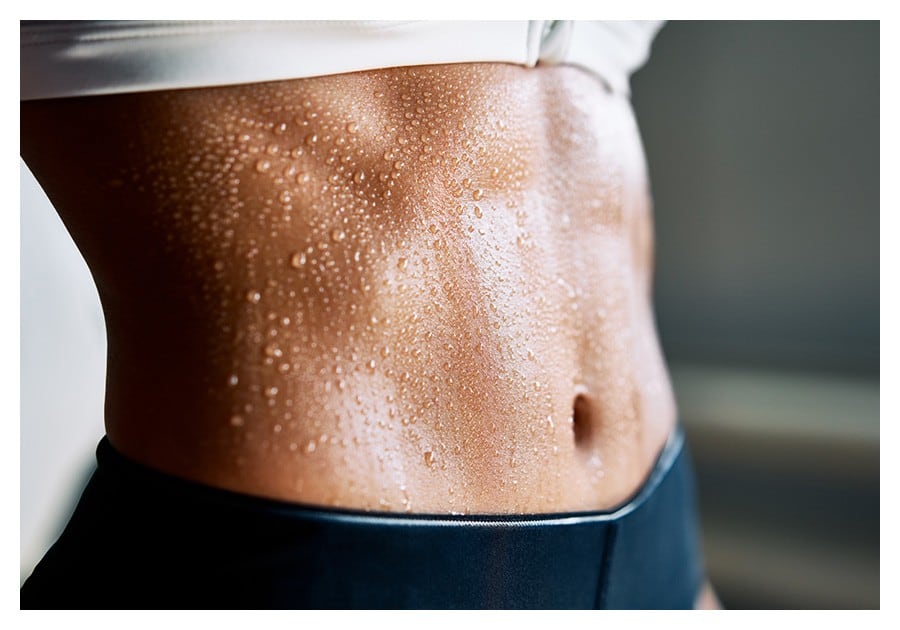 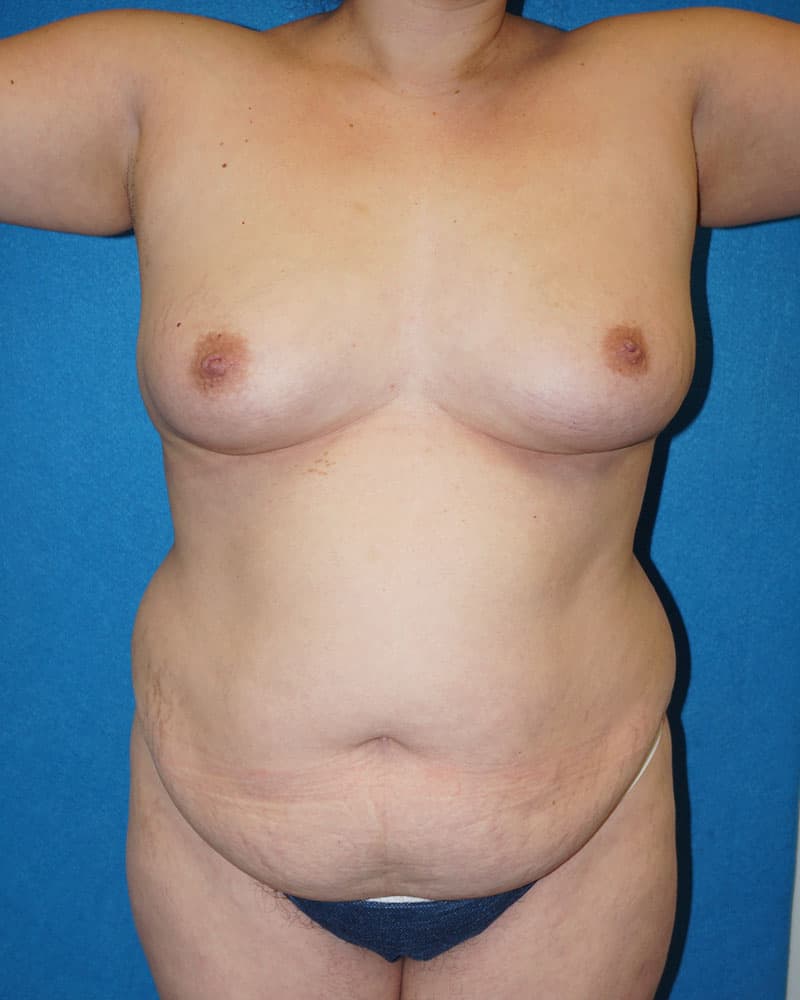 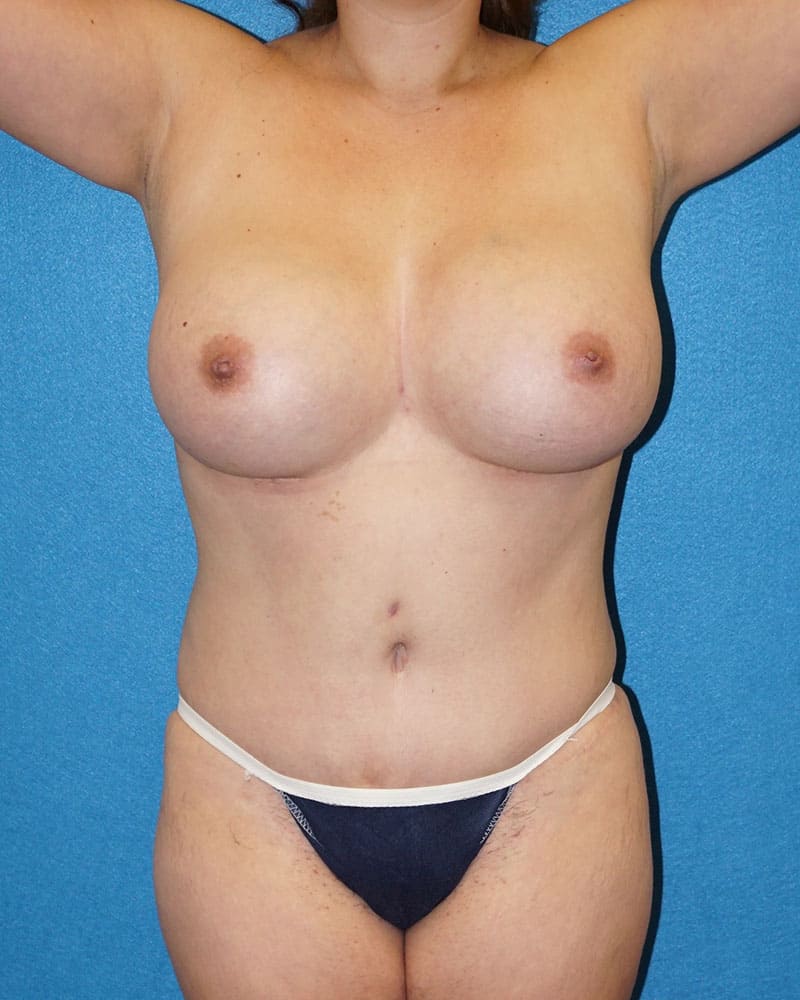 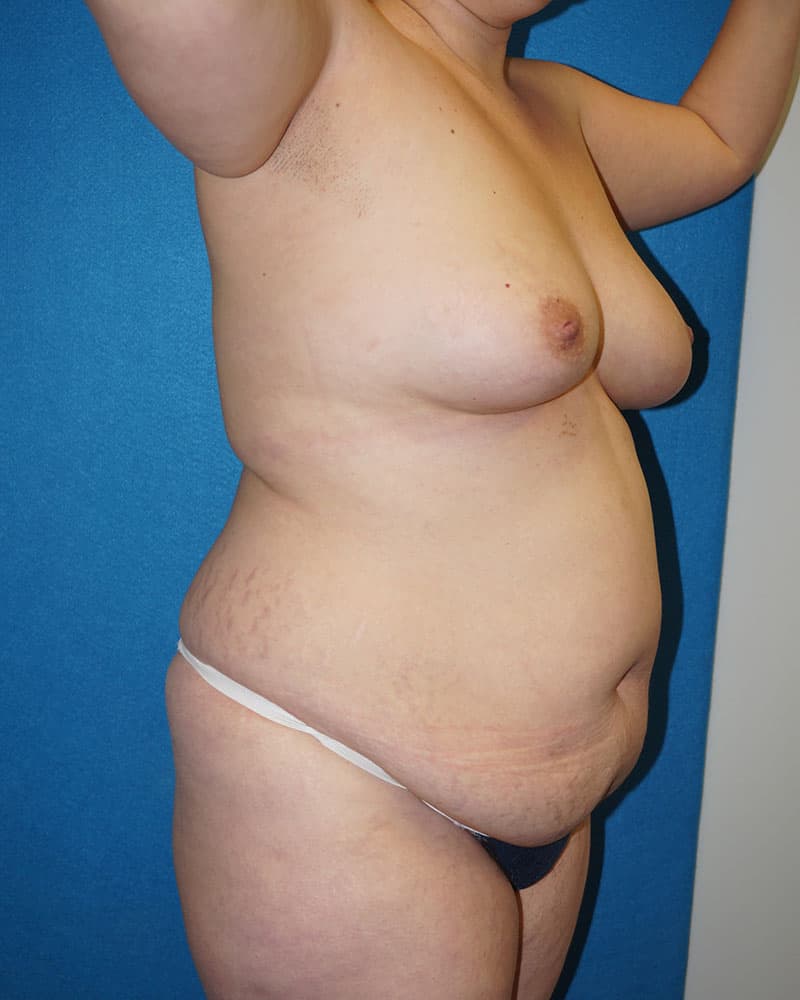 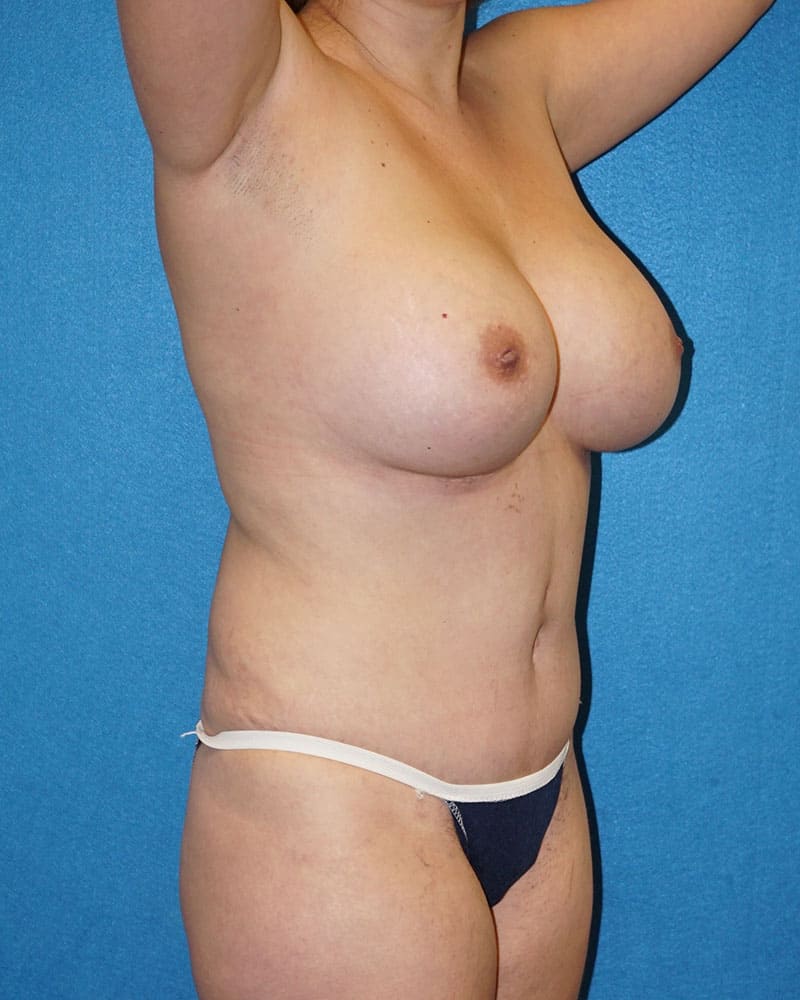 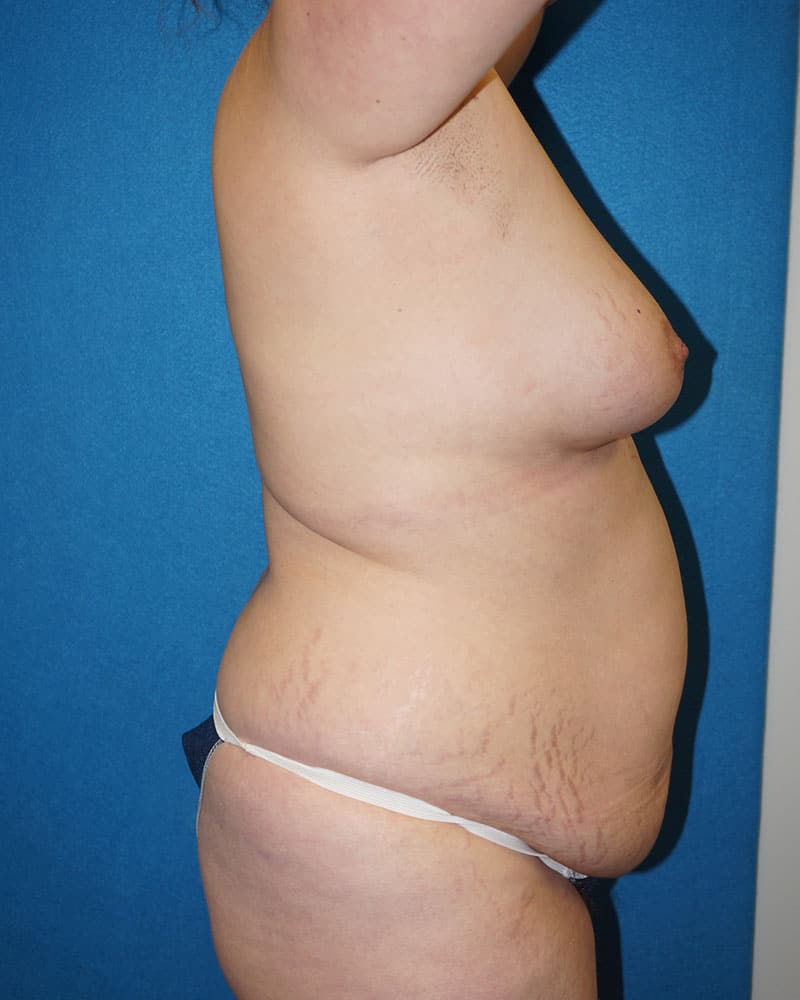 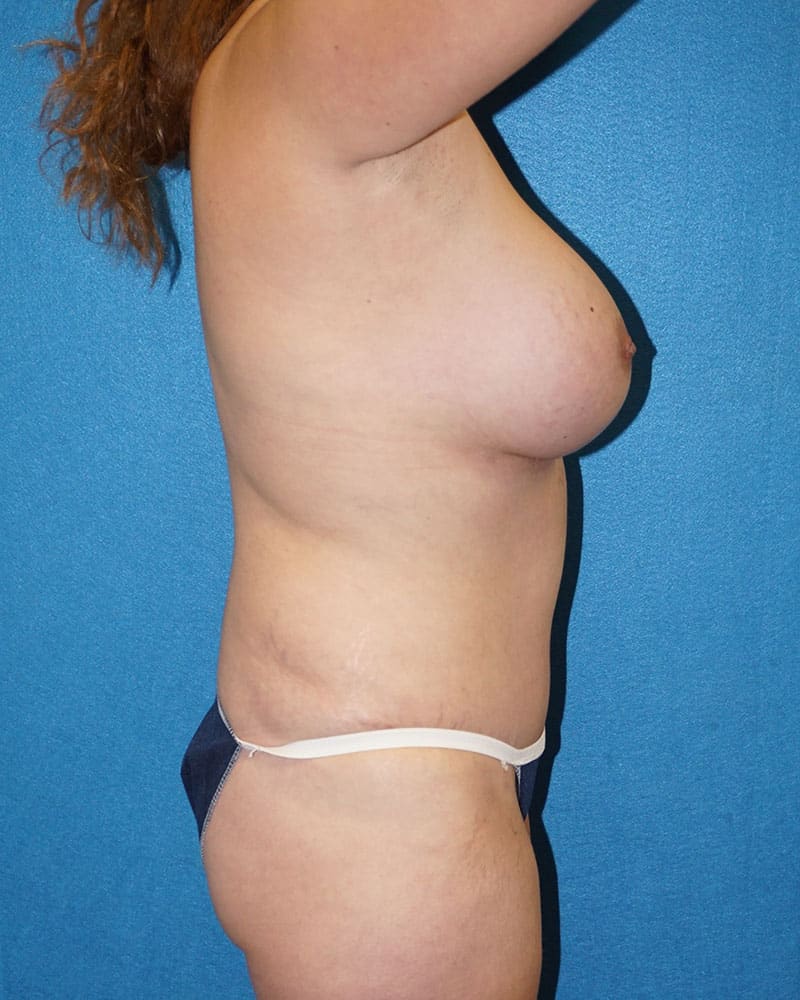 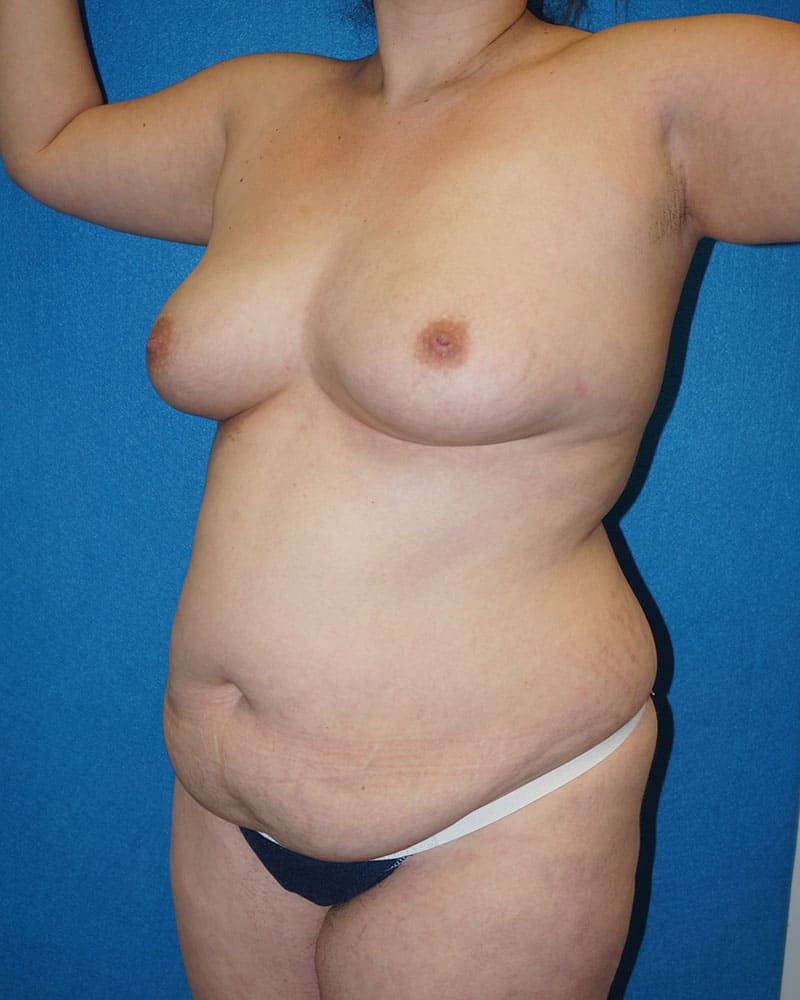 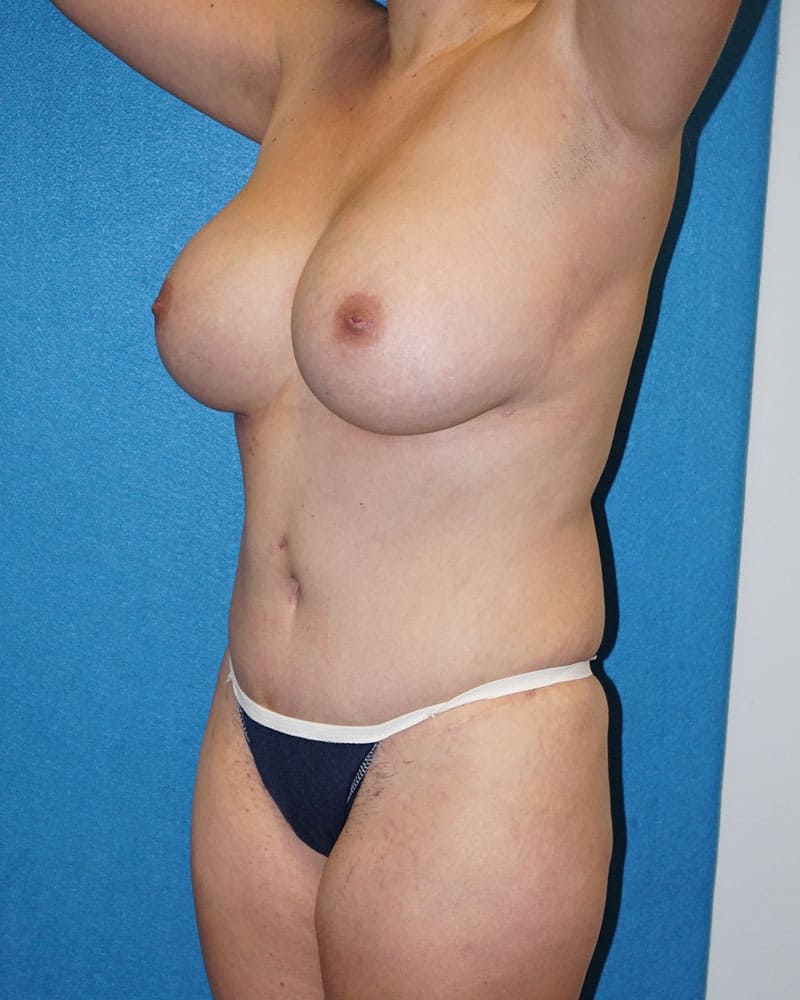 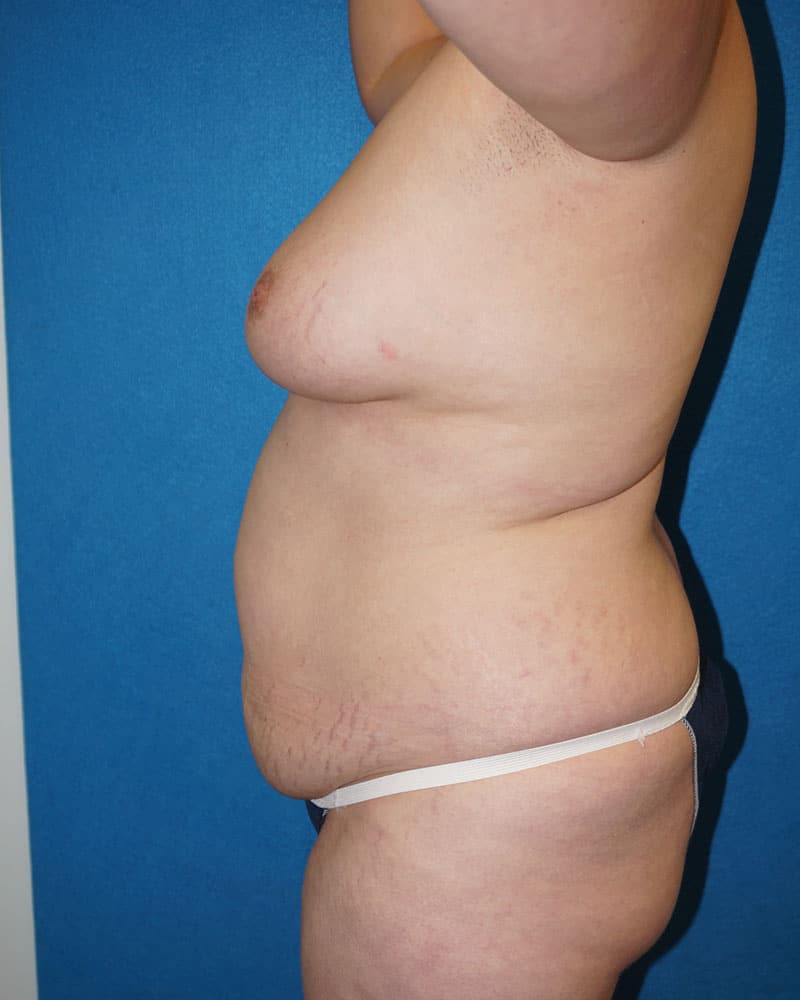 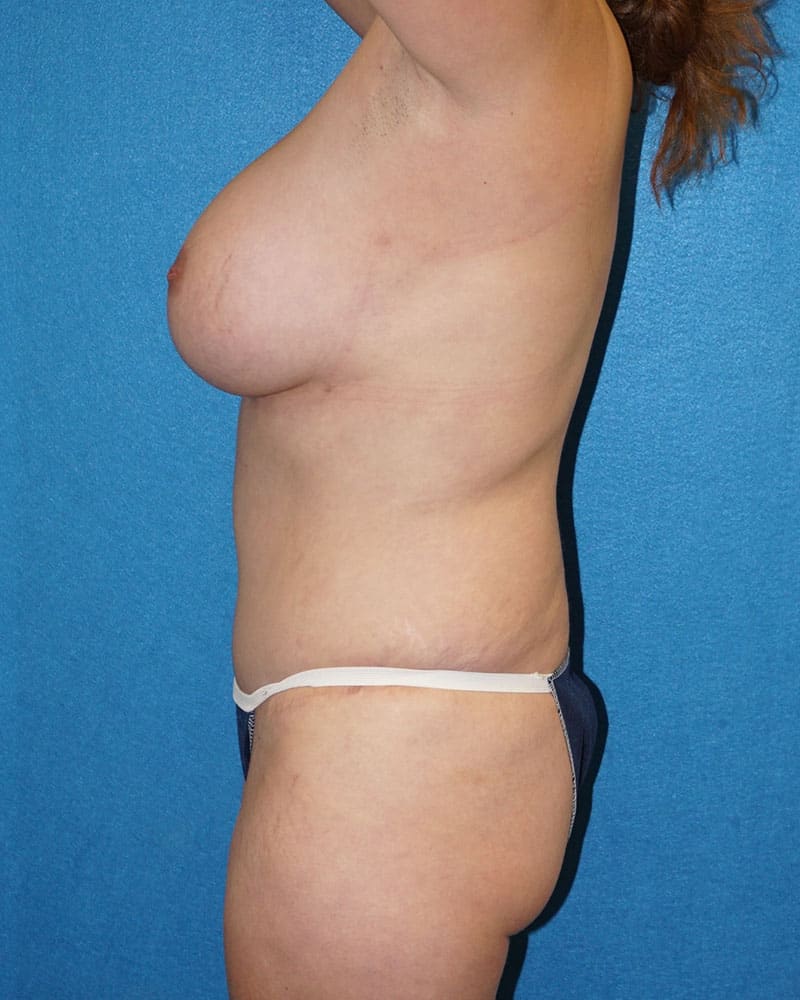 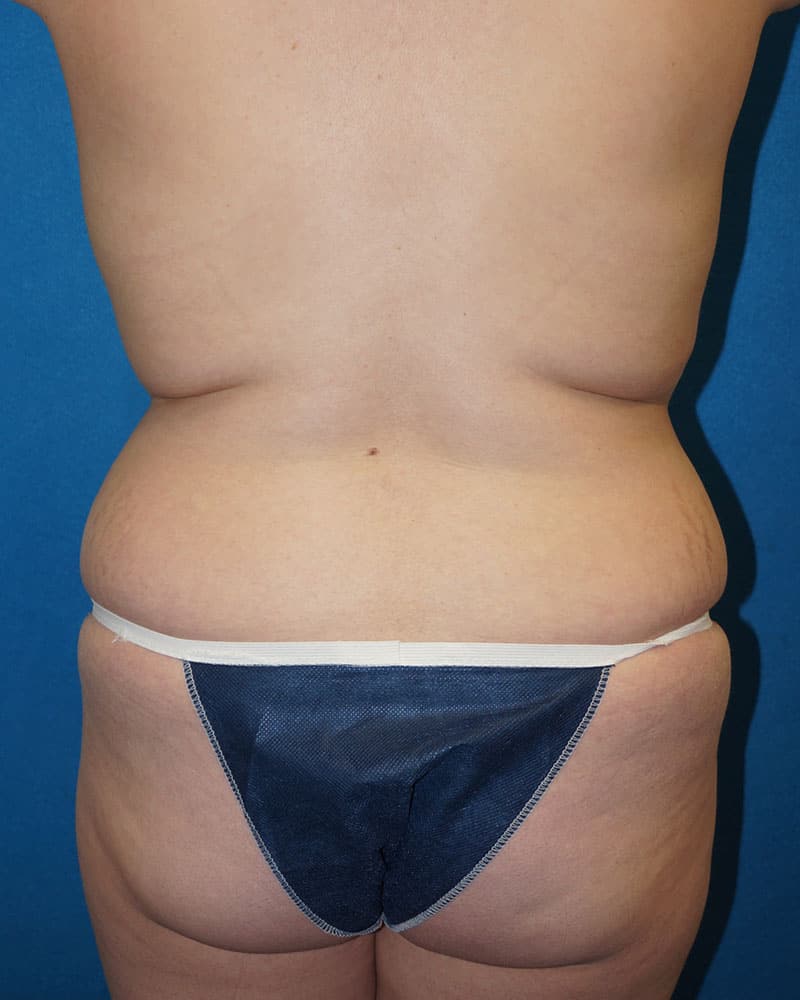 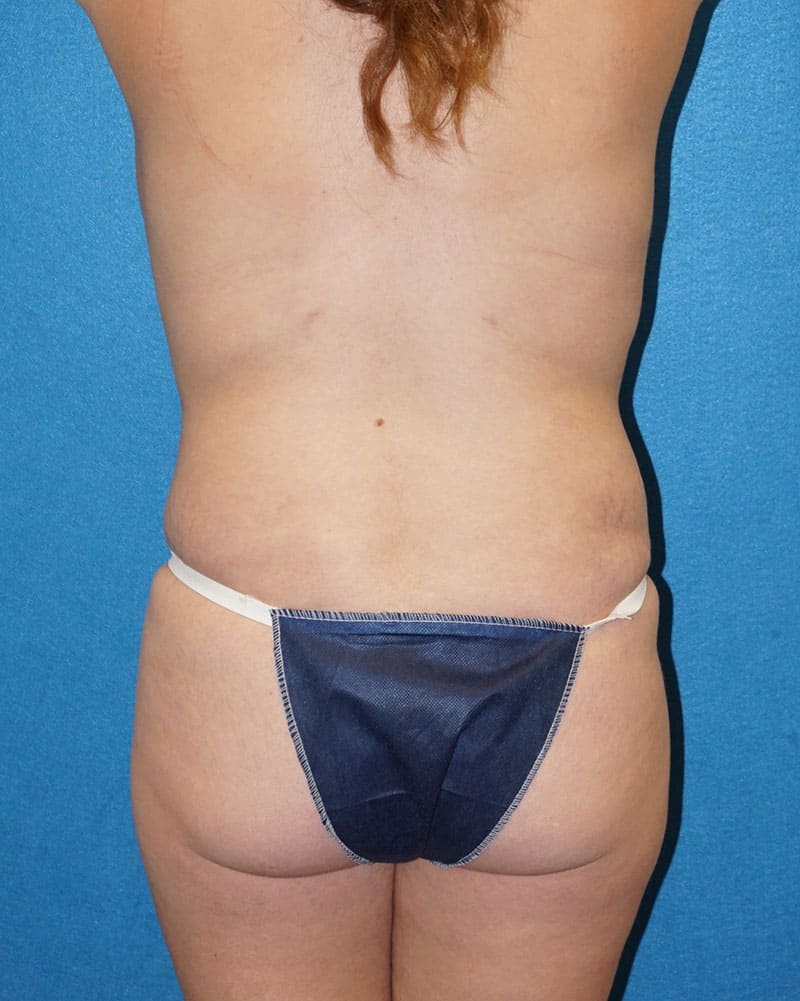 Preop and 2 years postop
This is a 32 year-old female who is 5’1” tall and weighs 164 lbs. She had one previous pregnancy and gained 60 lbs with that pregnancy. She has been unable to lose all of the weight that was gained. She also felt that her breasts had lost some fullness and become slightly droopier. She was wearing a 36 B cup and desired to be a full C/small D cup after surgery. Therefore, she underwent a mommy makeover. Her breast augmentation was with Mentor smooth round moderate plus saline implants, size 400 cc filled to 410 cc on the left and 440 cc on the right. The implants were placed under the muscle via inframammary fold incisions. She also had an abdominoplasty with rectus plication and liposuction of the flanks, lateral chest, and upper back regions.