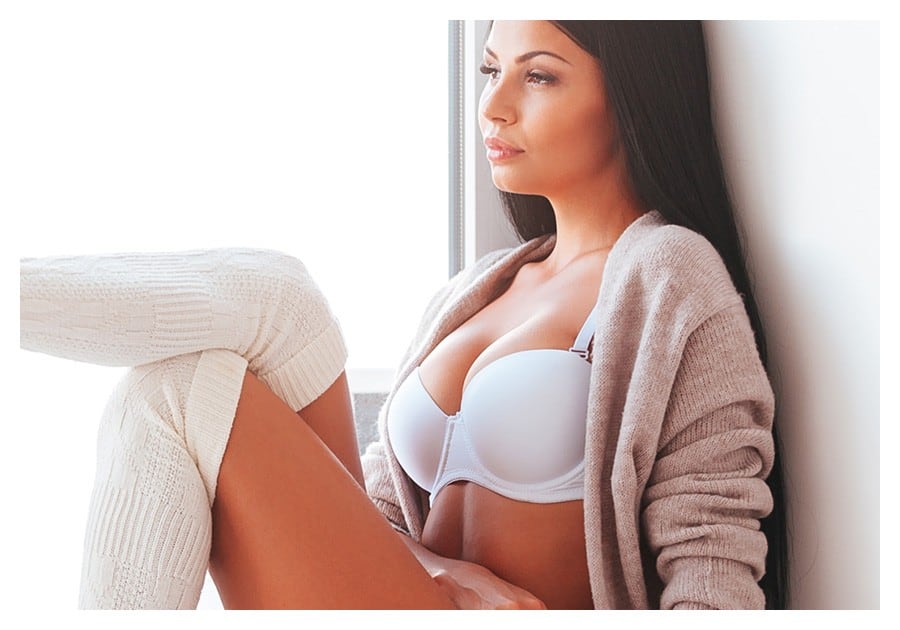 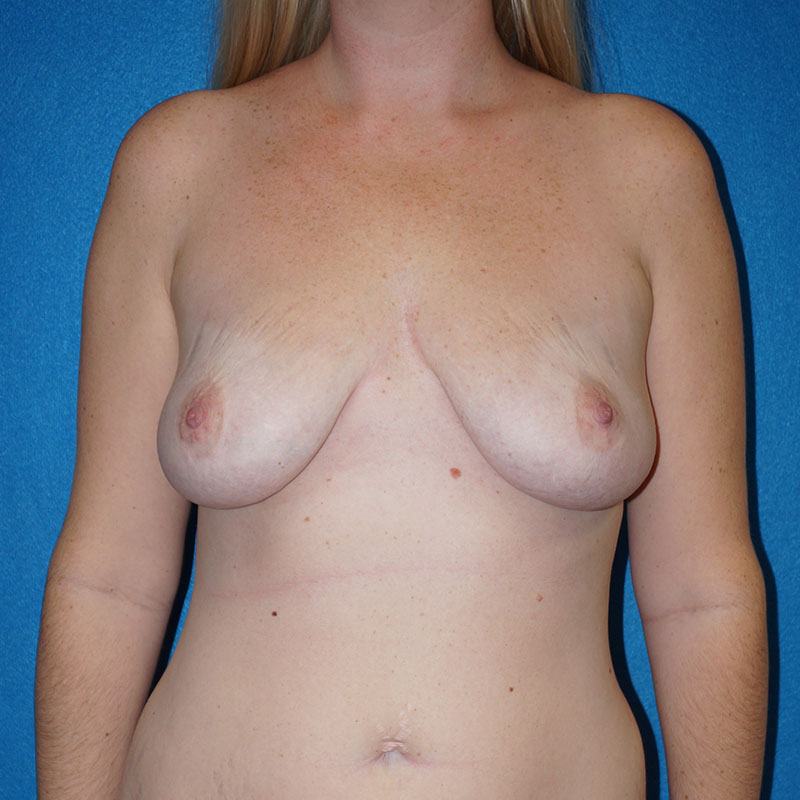 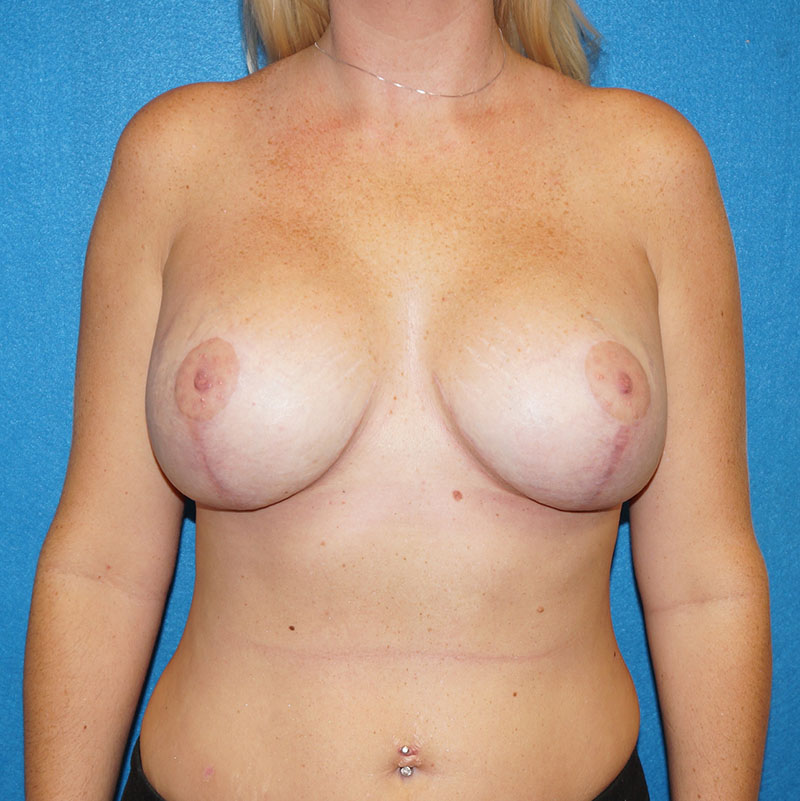 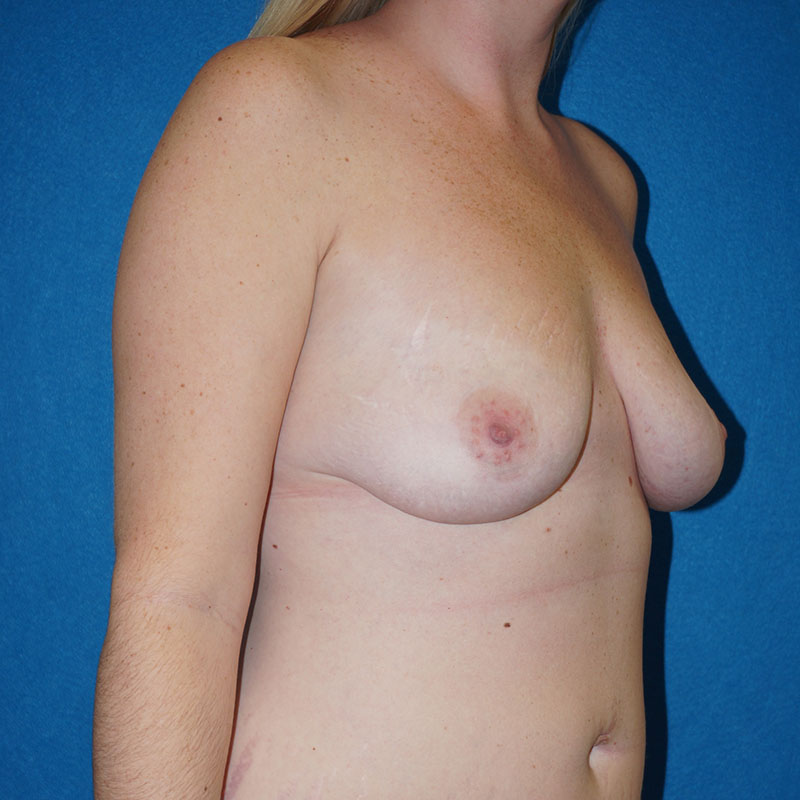 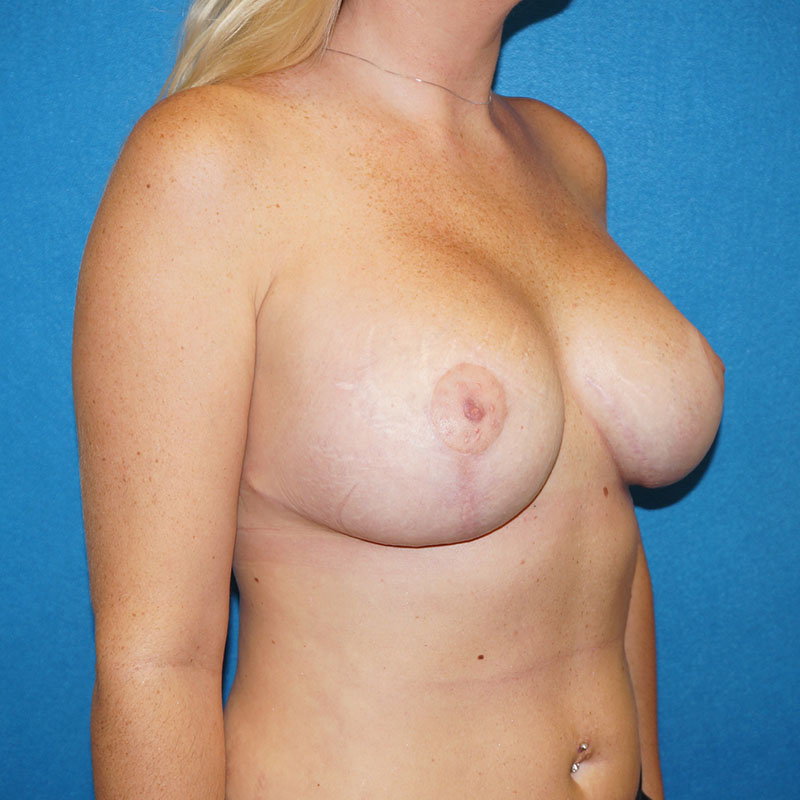 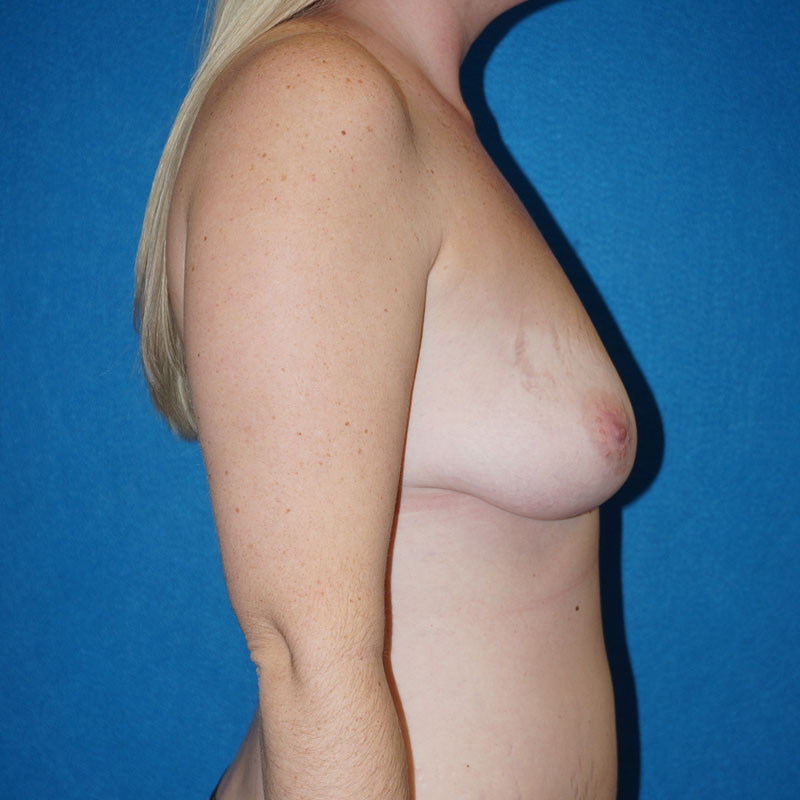 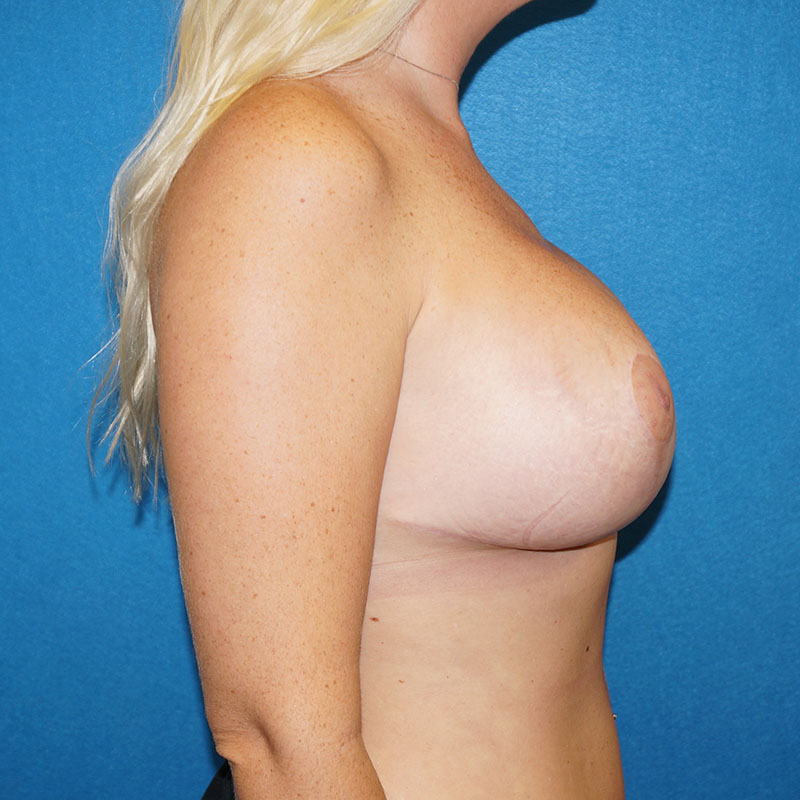 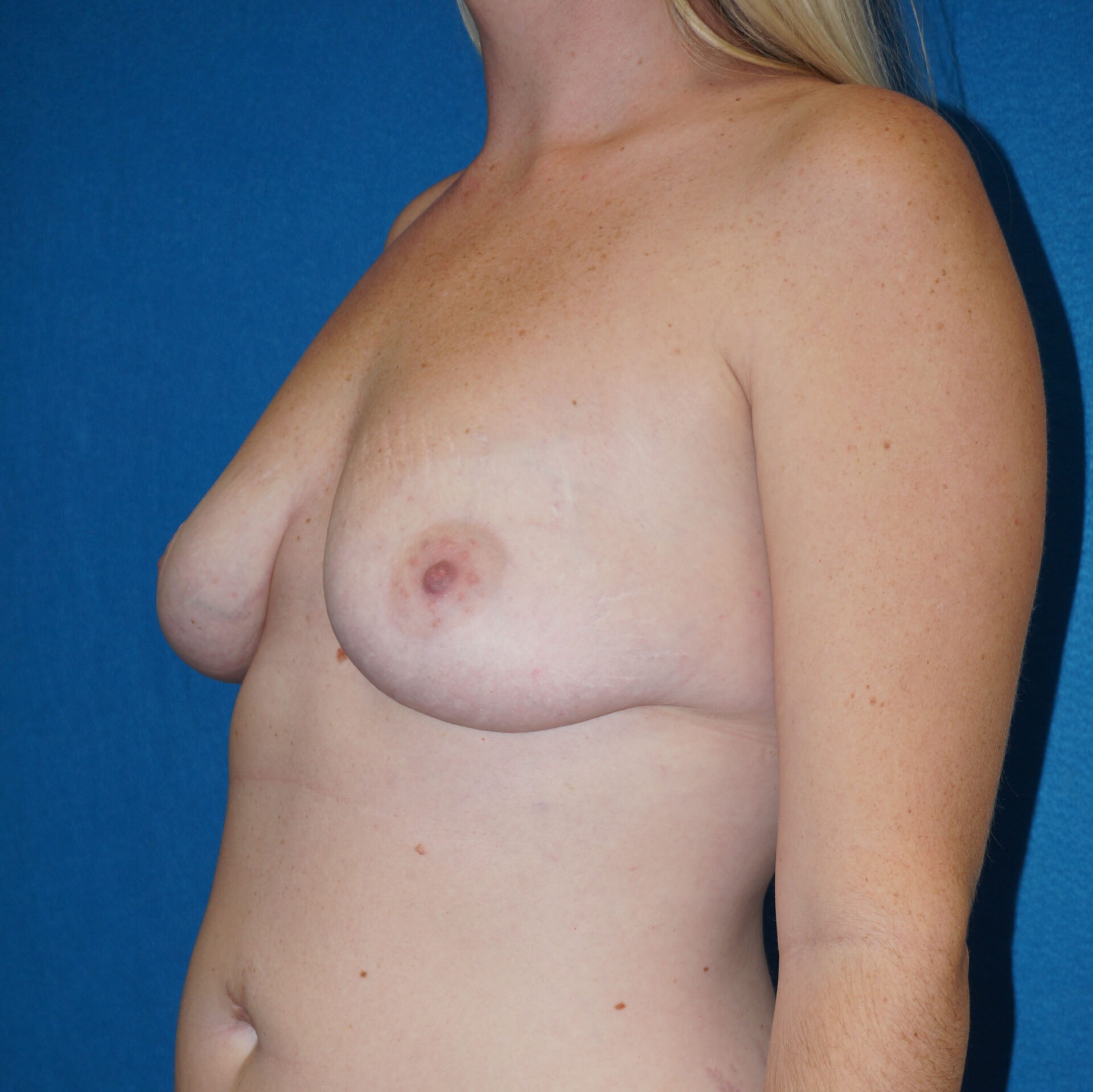 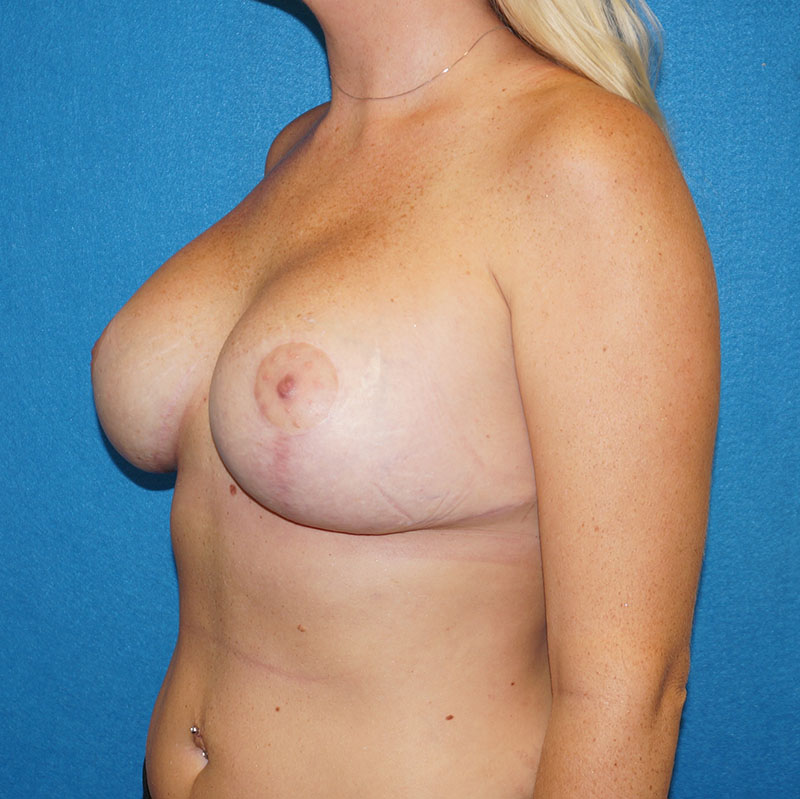 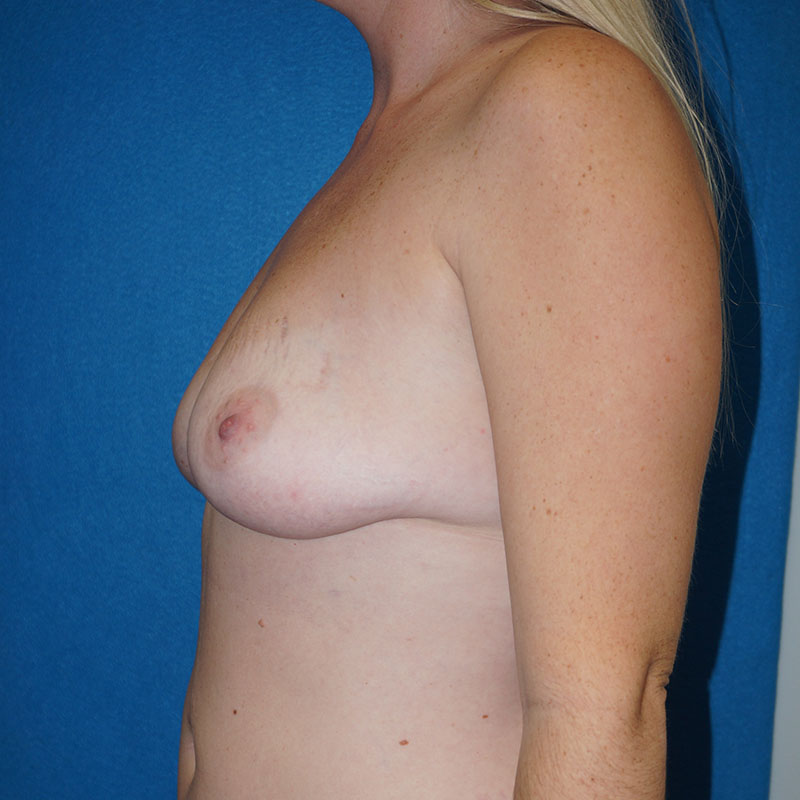 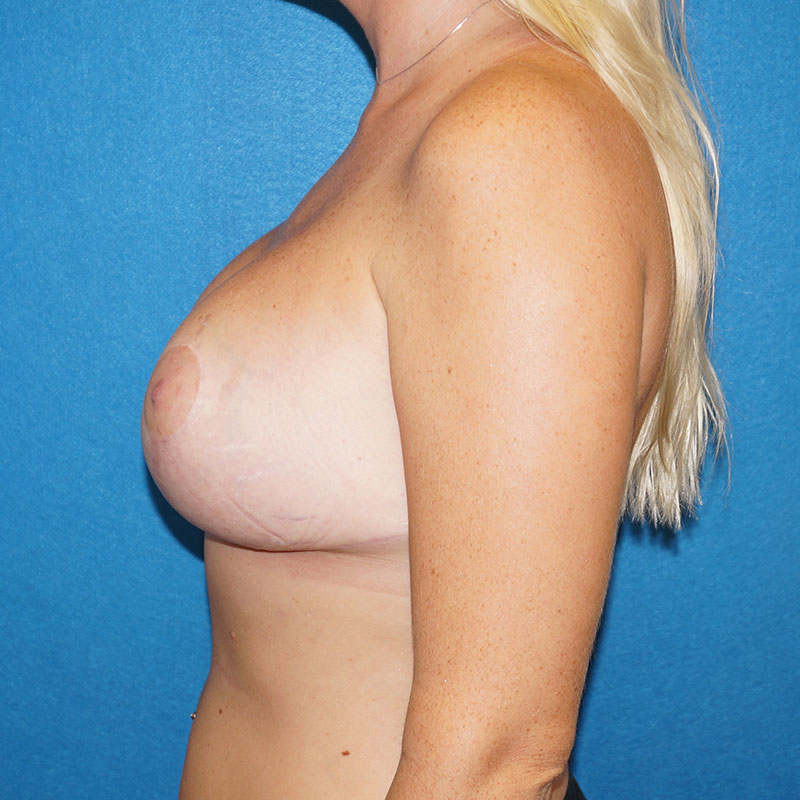 Preop and 1 year postop
This is a 30 year-old female 5’5” tall and weighs 145 lbs. She presented desiring breast augmentation. She has had one child and did breastfeed. She felt that her breasts had lost fullness and had become slightly droopy after pregnancy. She began as a large B/small C cup and desired to be a large C/small D cup. Therefore, she underwent a mastopexy with augmentation. Her breast lift utilized standard Wise pattern markings. She was augmented with Sientra moderate profile silicone gel implants, size 410 cc.