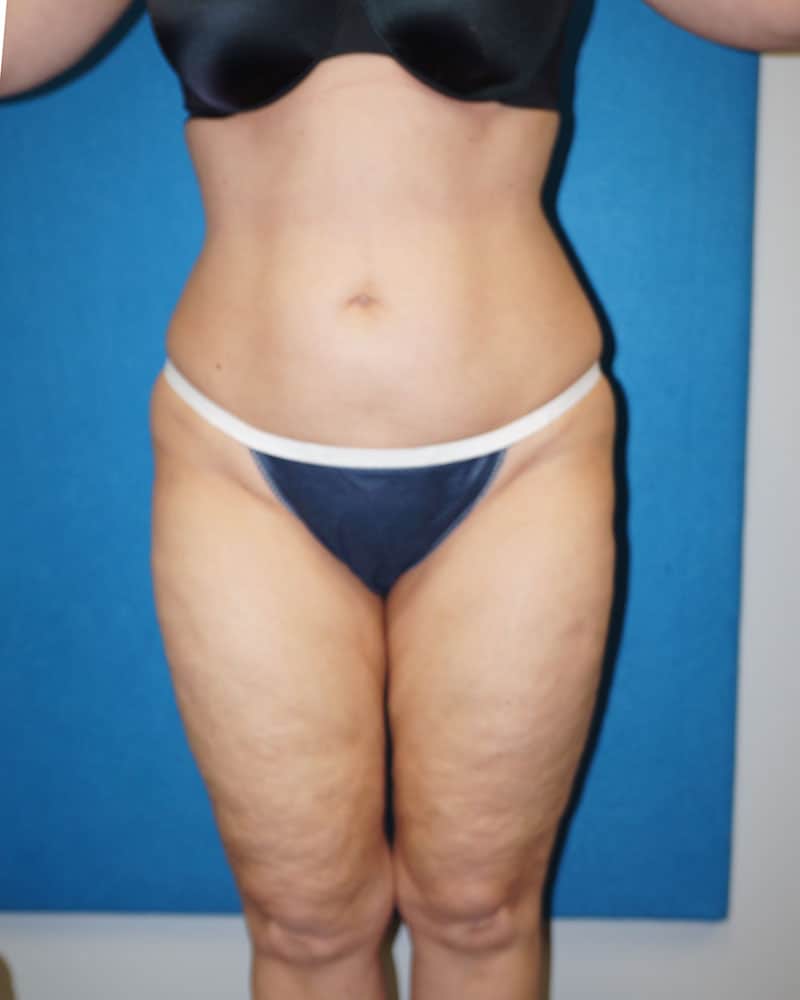 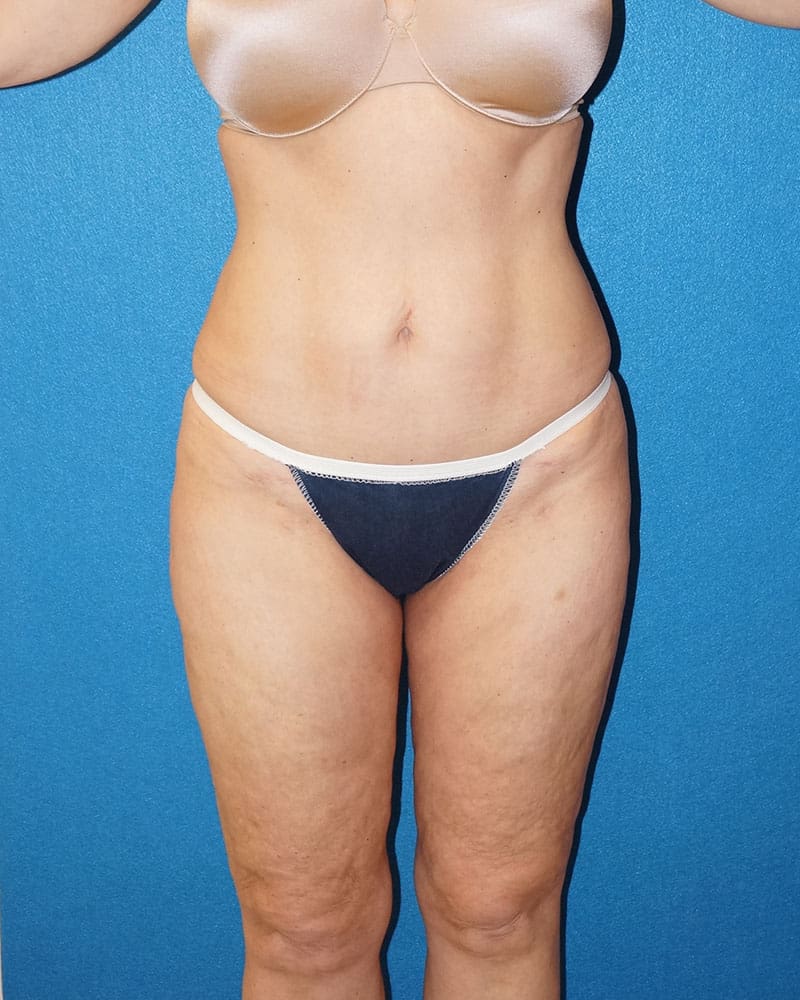 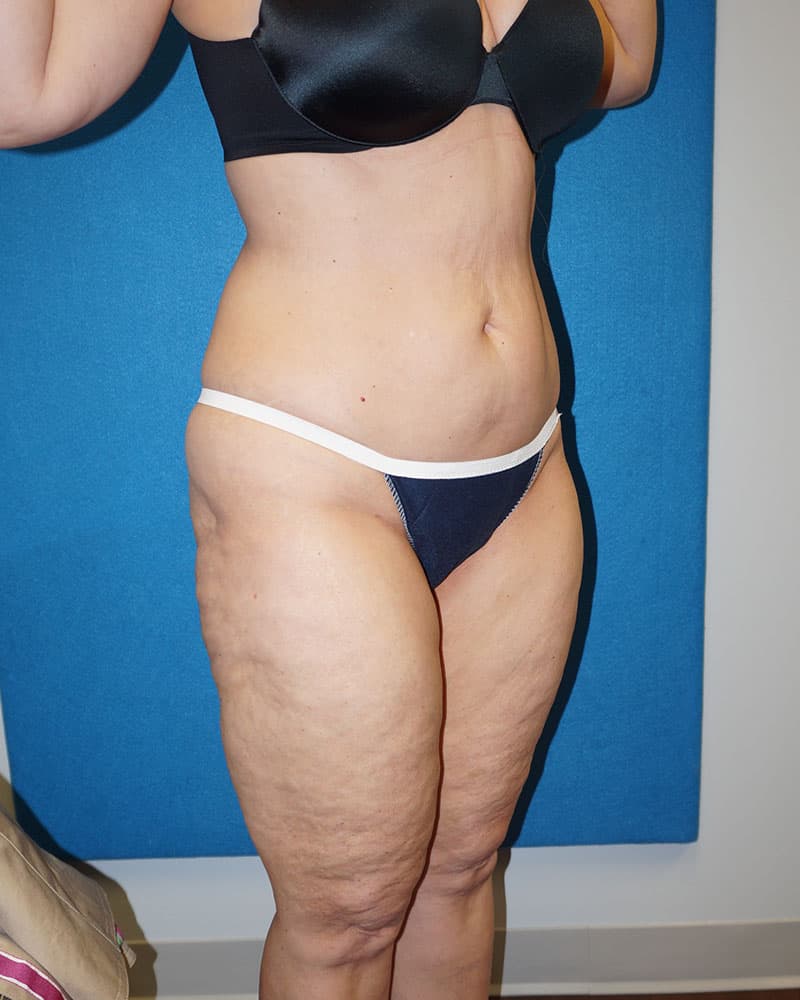 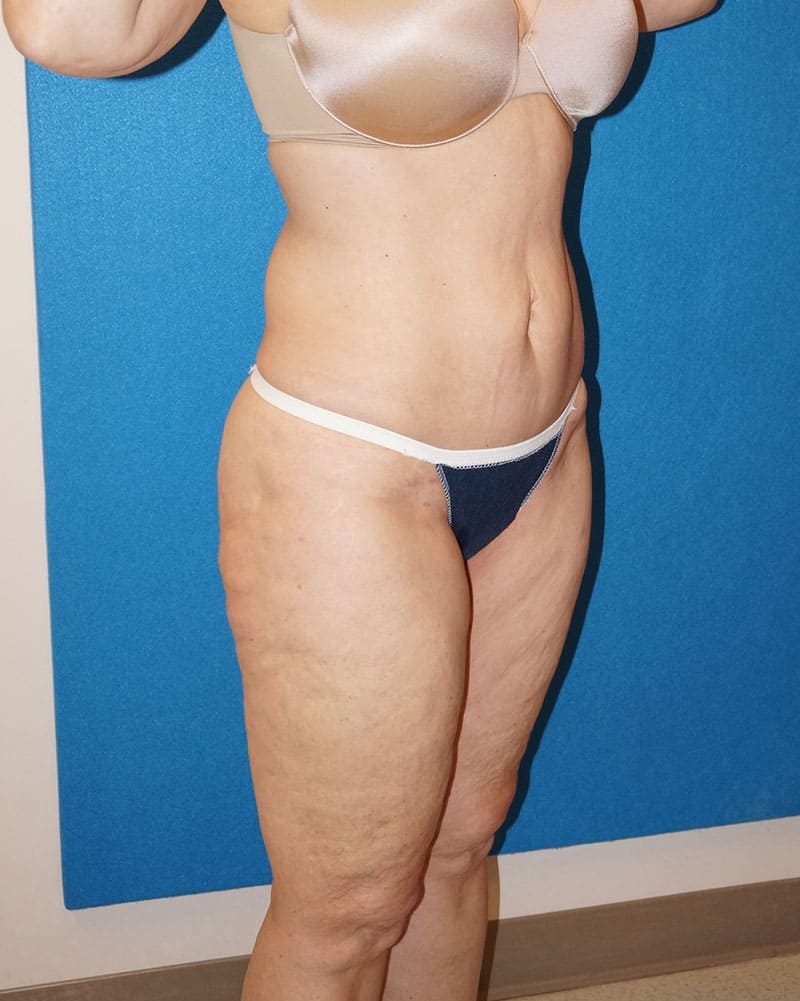 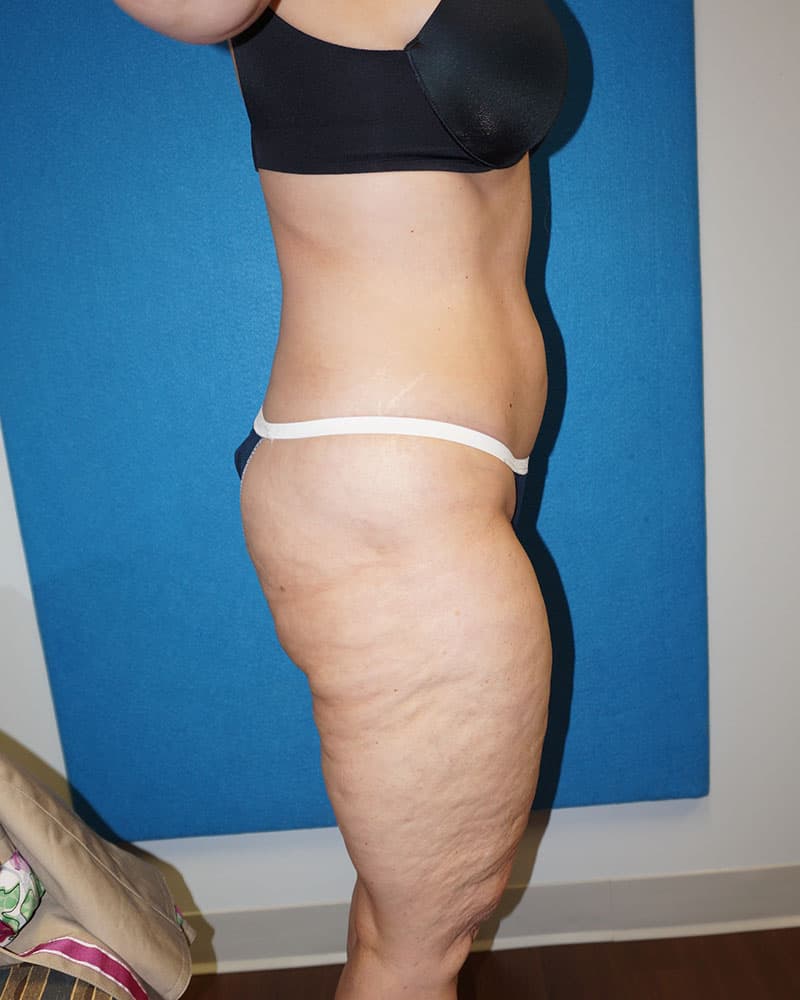 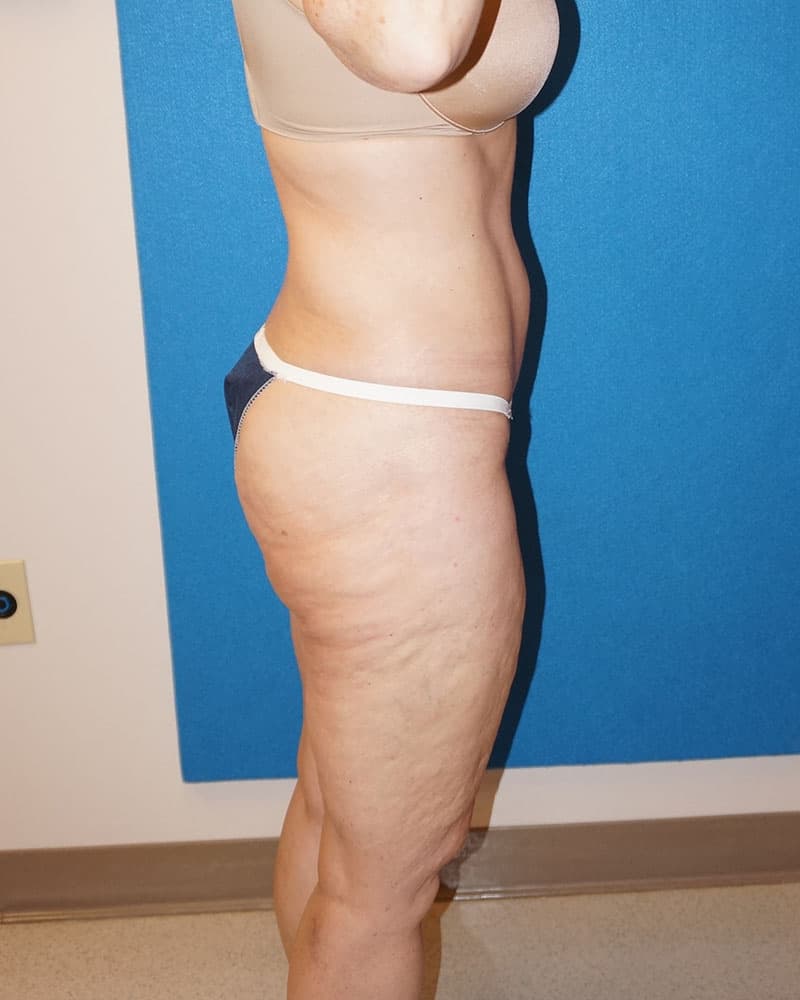 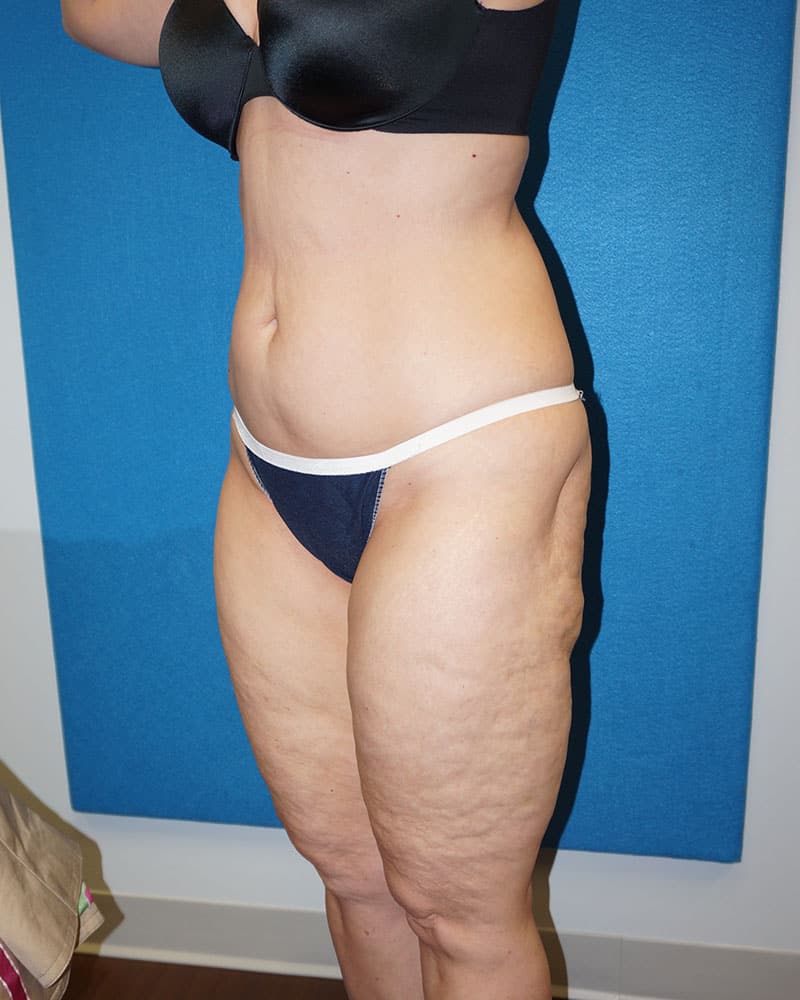 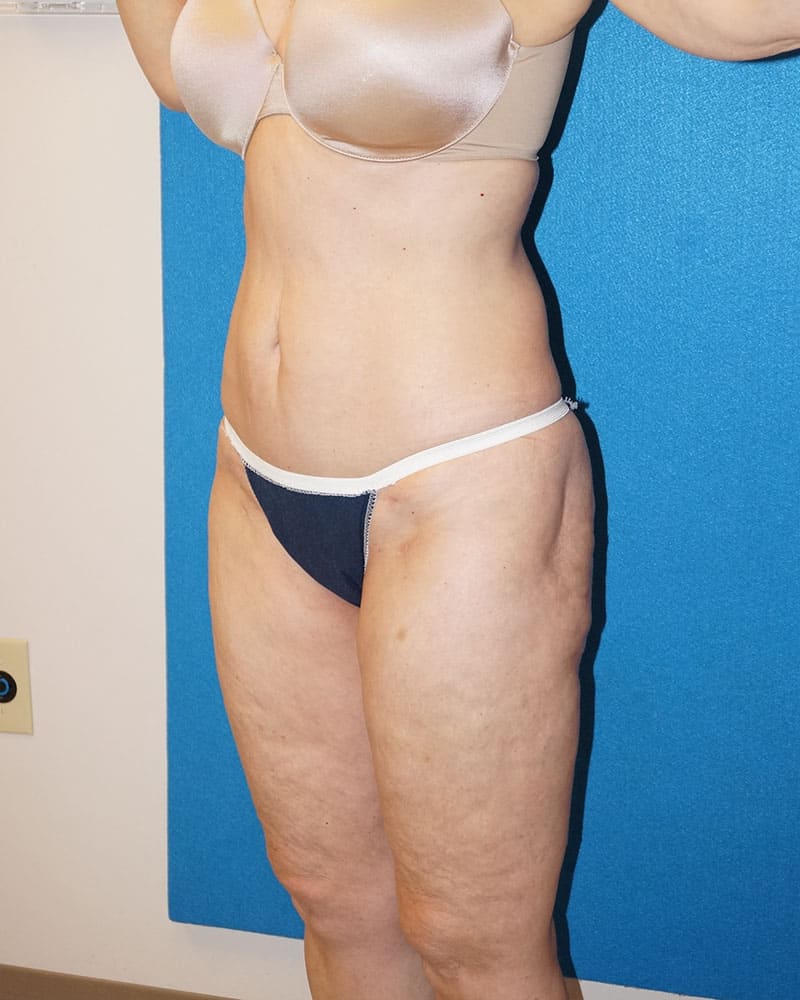 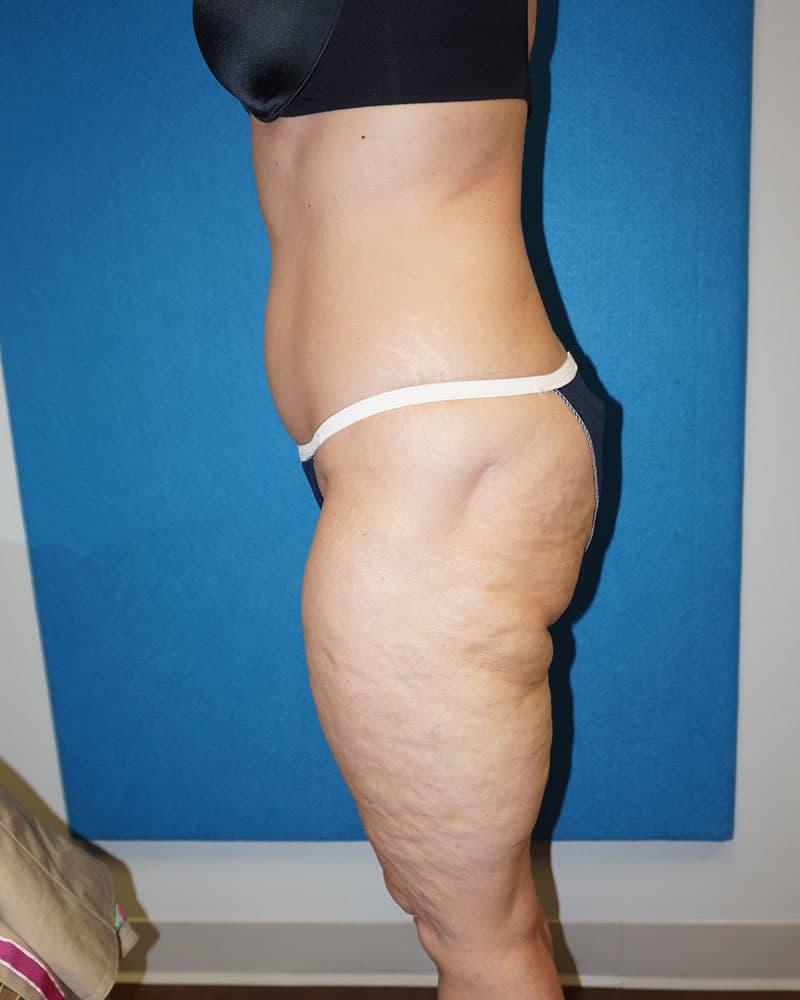 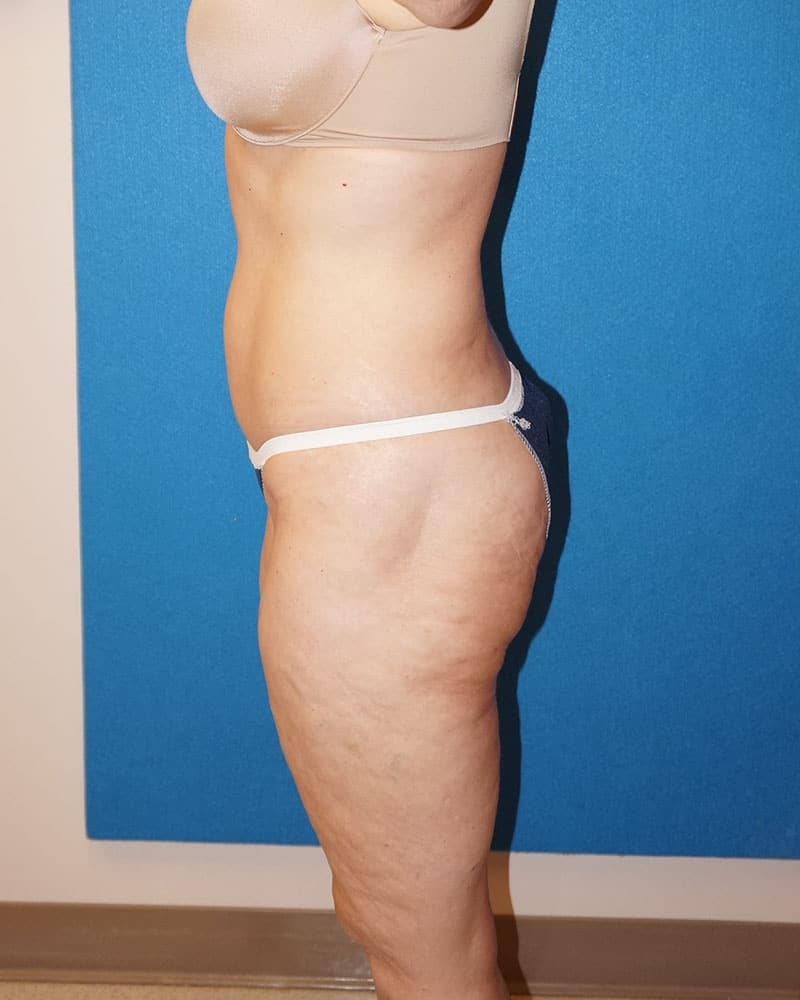 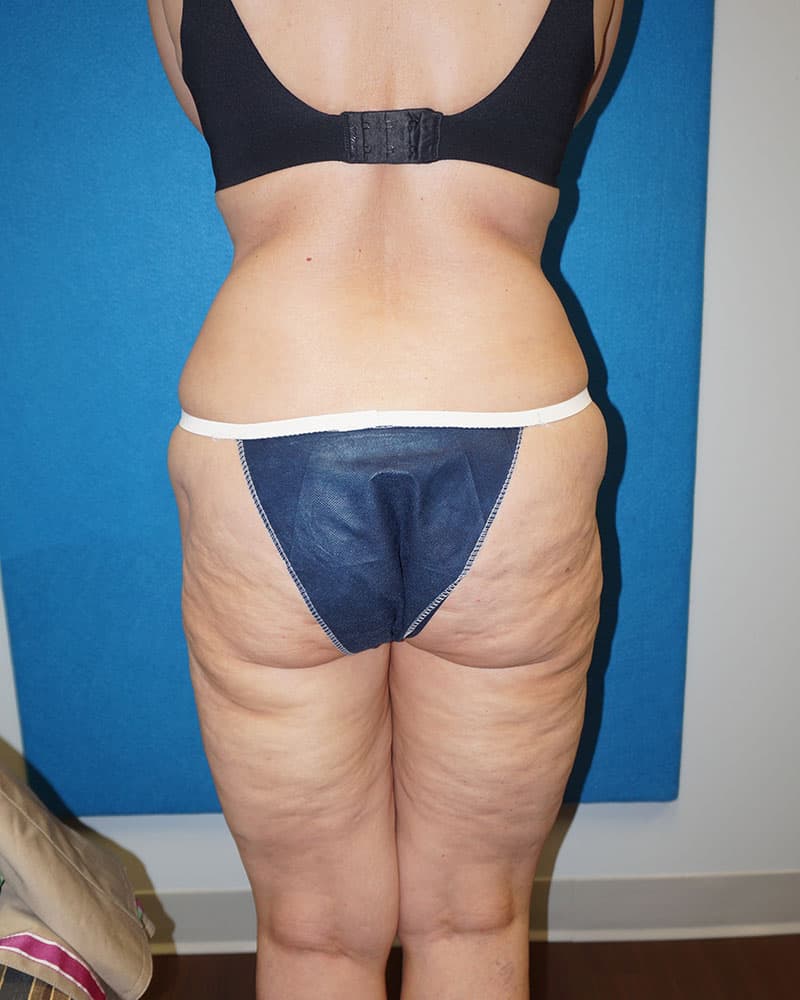 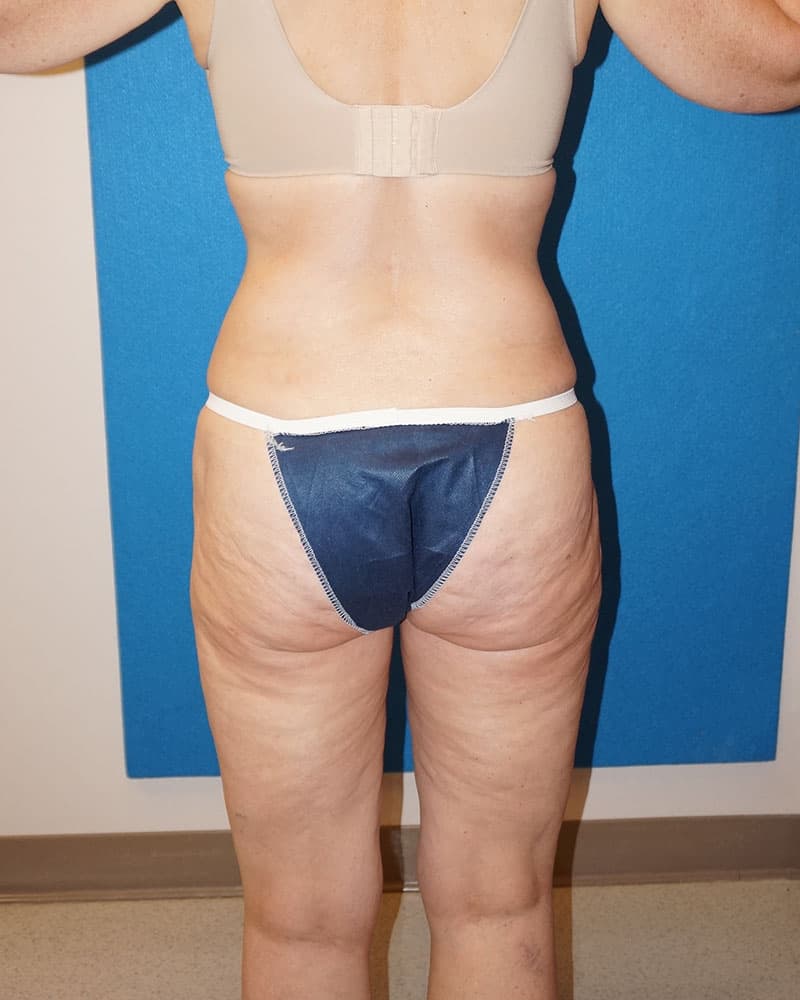 Preop and 1.4 years postop
This is a 53 year-old female who is 5’4” tall and weighs 137 lbs. She previously underwent liposuction of her thighs and buttocks. She was unhappy with the results due to contour irregularities as well as persistent fullness. Therefore, she underwent SAFE liposuction to her abdomen, flanks, lower back, thighs, and knees. She also had a mini-abdominoplasty performed to remove lower excess abdominal skin. This type of liposuction was performed in order to remove some excess fat but also redistribute the remaining fat to help with contour irregularities. Significant caution was taken with this patient to avoid being too aggressive with the liposuction due to her very inelastic skin that can promote even more contour irregularities.