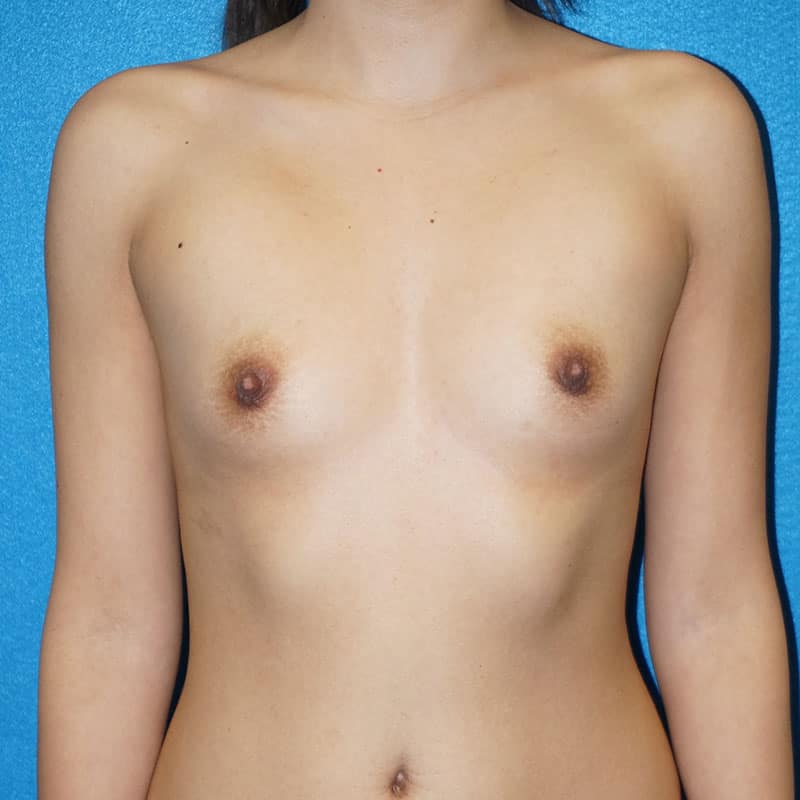 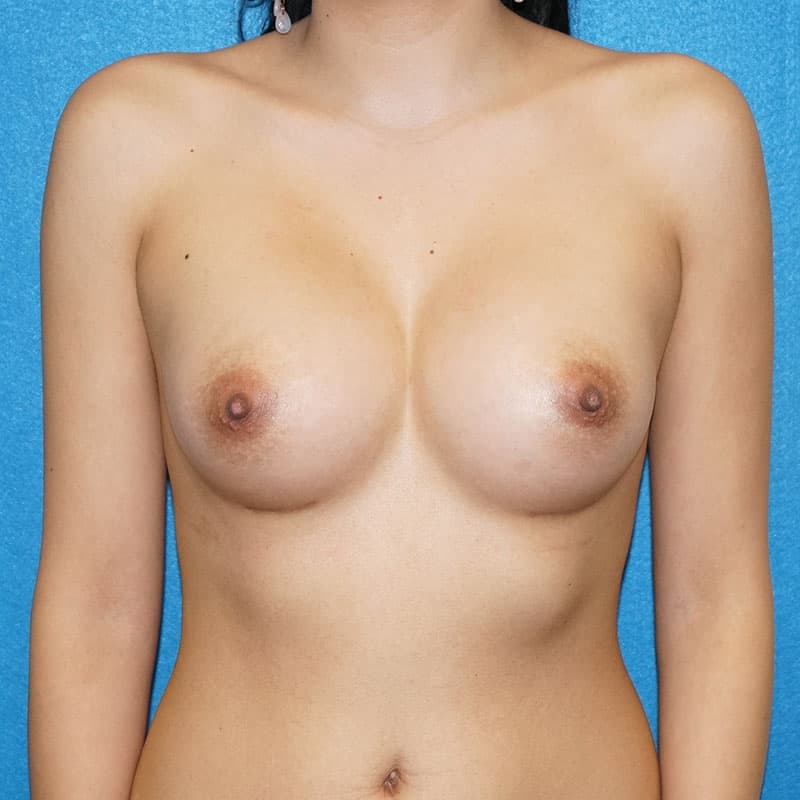 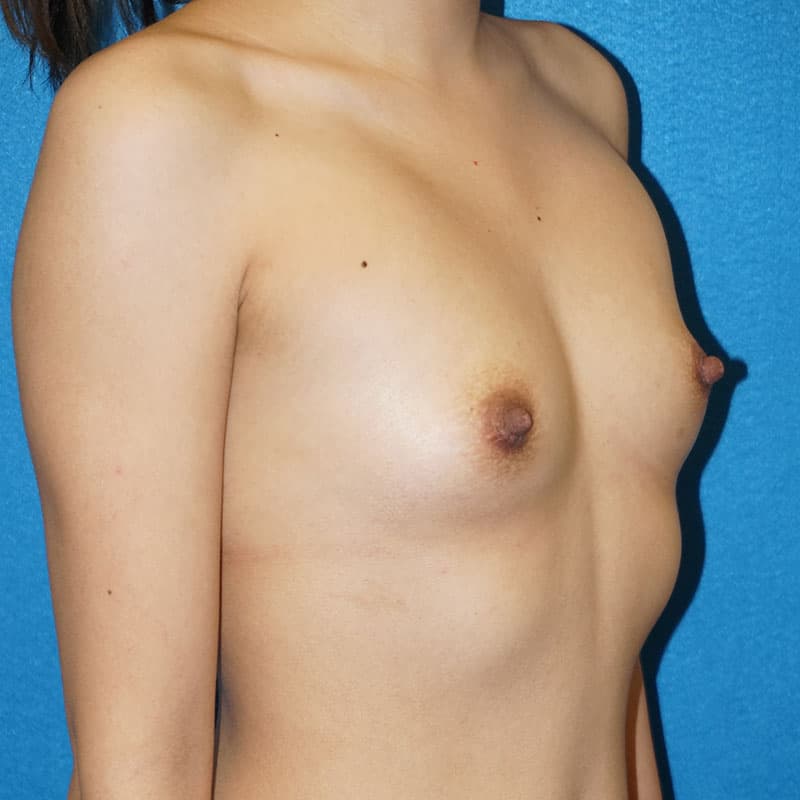 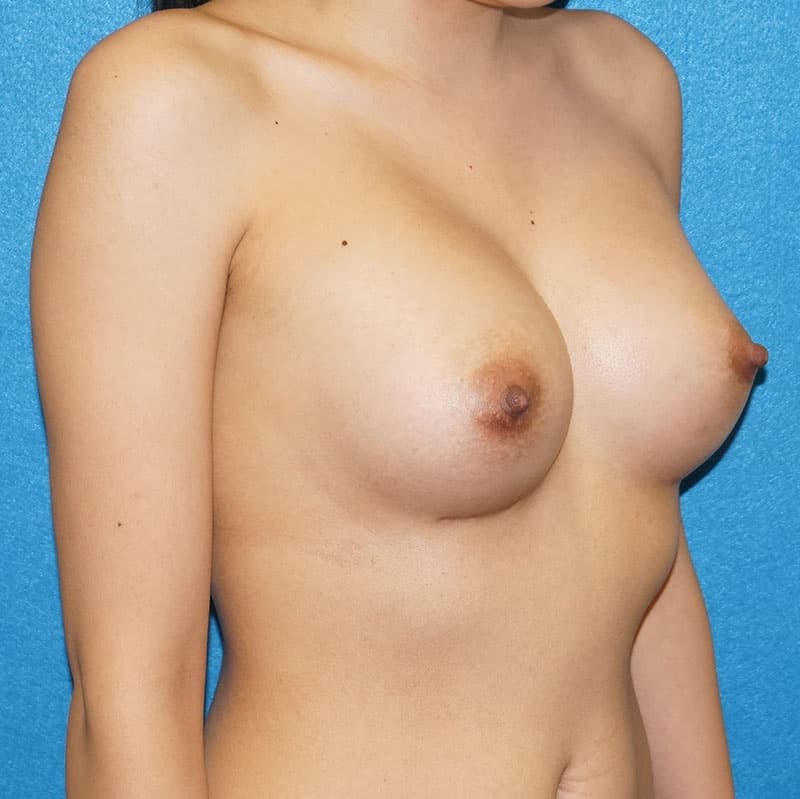 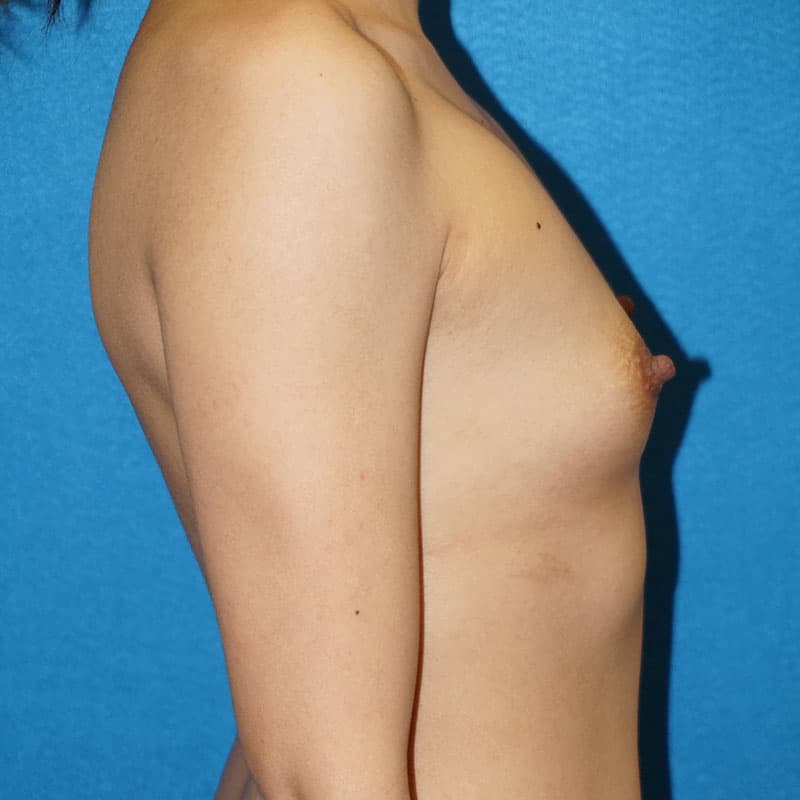 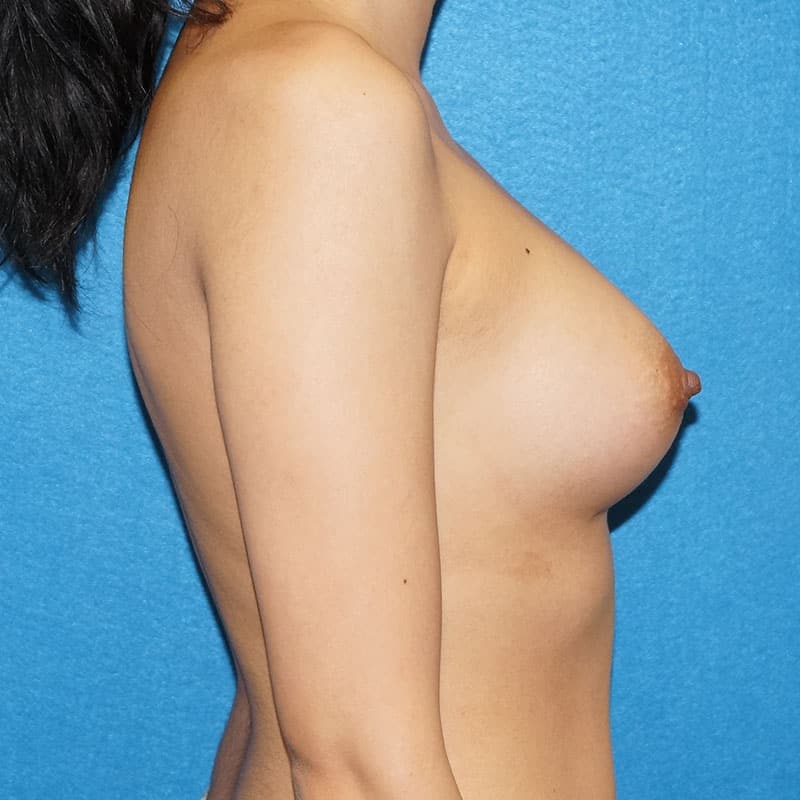 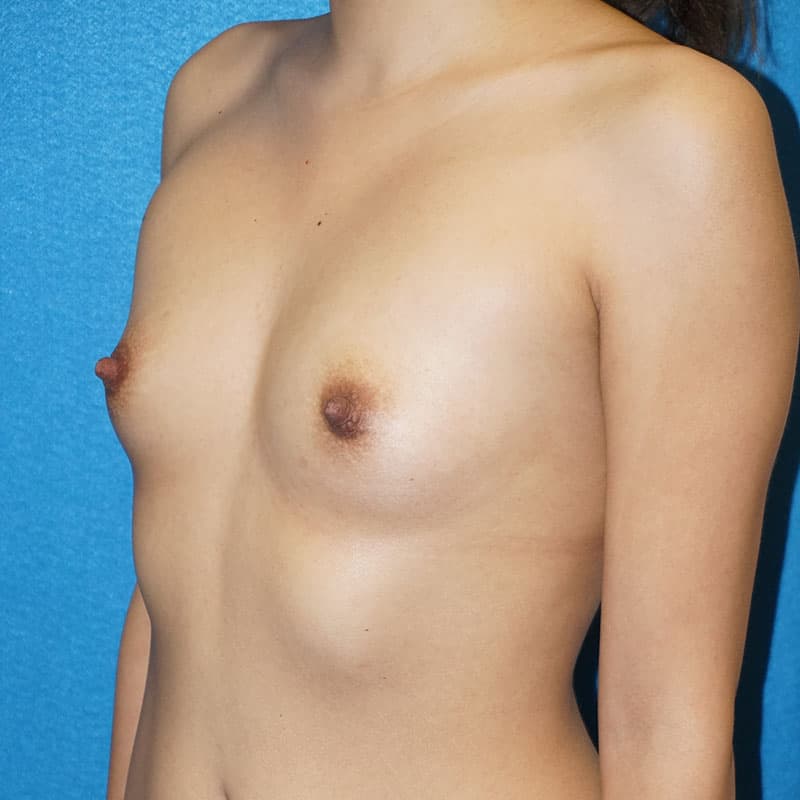 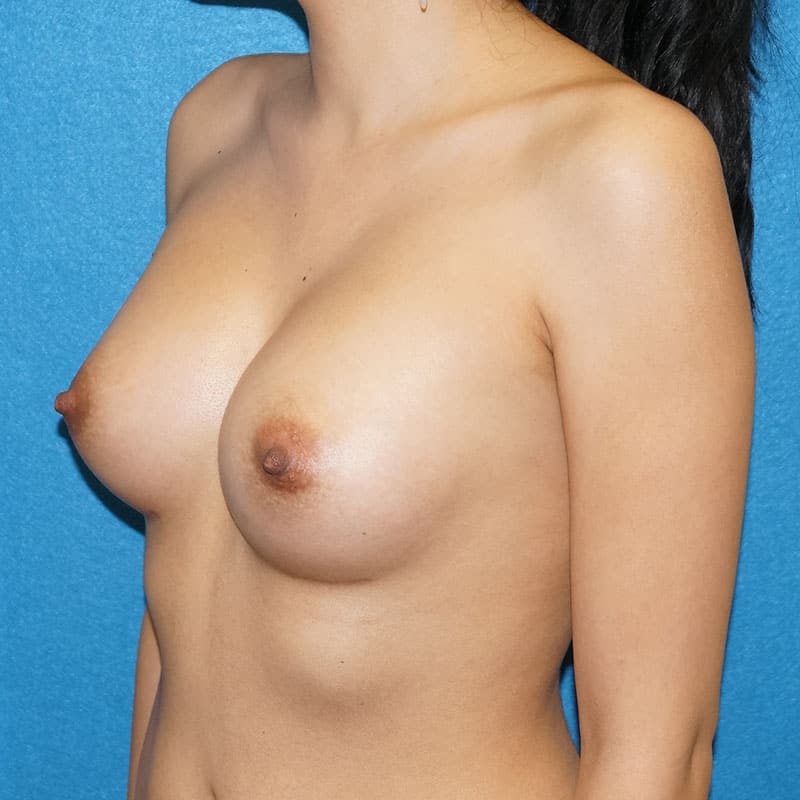 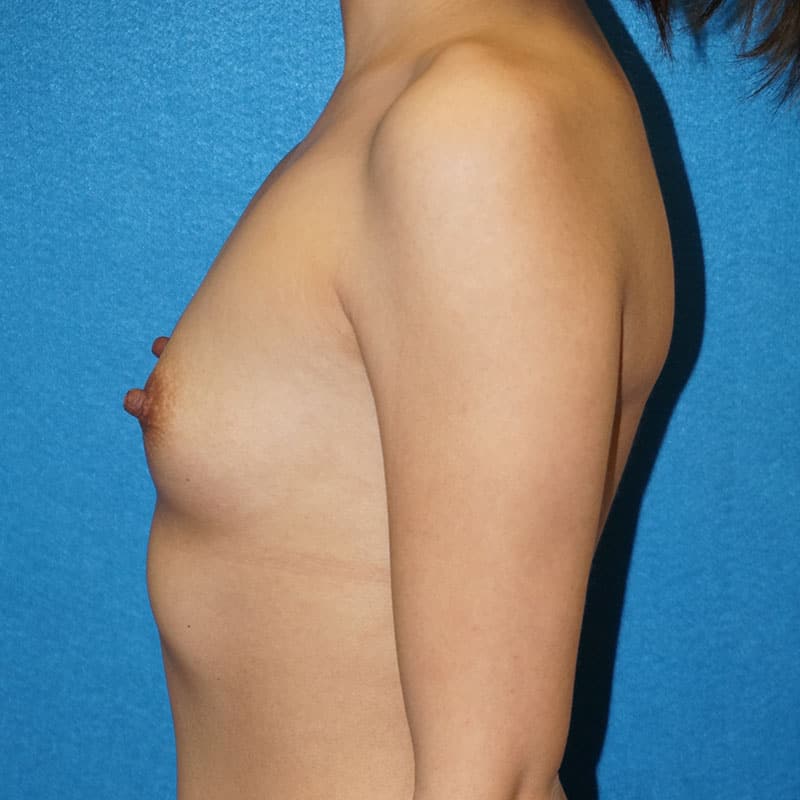 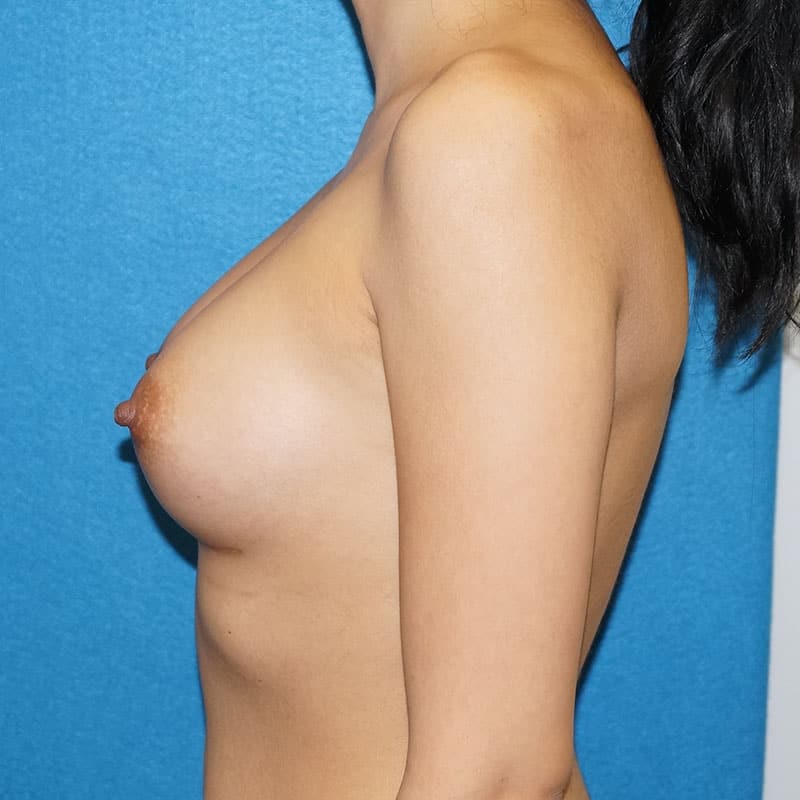 Preop and 1 year postop
This is a 23 year-old female who is 5’1” tall and weighs 105 lbs. She has had two children and is currently wearing an A cup bra. She desired to be a full C cup. Because of the small amount of breast tissue and the very short distance from the nipple to the inframammary fold in this patient, shaped implants were chosen. Therefore, she underwent augmentation with Sientra round base profile shaped silicone implants, size 320cc. The implants were placed under the muscle via inframammary fold incisions.